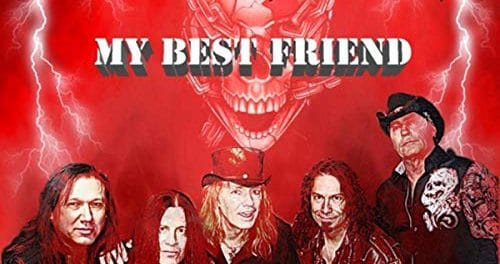 California based rockers Bad Boy Eddy are back with a video for their new single “My Best Friend.” 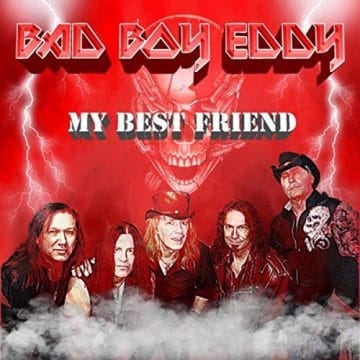 “Bad Boy Eddy just knocked out the track “My Best Friend” in the studio. The new single “My Best Friend”  is now available on Perris Records June 7th worldwide on all digital platforms including iTunes, Amazon, Spotify and many more. Check out the new exclusive Bad Boy Eddy interview in the RockNation Issue 26 available at www.rocknation.us. Fans will not be dissapointed in this killer 80’s rock track.

Bad Boy Eddy is made up of five experienced musicians out of California: Eddie Vega on lead vocals, Dave Saker on lead guitar, Rob Peterson on guitar, Steve Jones on bass, and Larry Bernal on drums. The quintet shows off some massive classic hard rock skills, with riffs that rough you up and rub you down, and a rhythm section that can just about floor you.”

Sleaze Roxx stated the following in its review of Bad Boy Eddy‘s Over The Top album released back in 2012: “Bad Boy Eddy is a relatively new band, filled with experienced musicians, which seem to have an identity crisis. I don’t mean that in a derogatory way, just that these California natives play everything from sleaze rock to traditional heavy metal with fairly impressive results on their debut album Over The Top.”