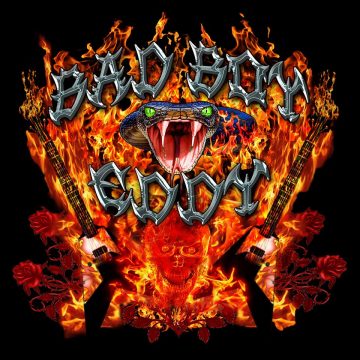 Bay area rockers Bad Boy Eddy are poised to release their new album Take A Bite Outta This via Demon Doll Records in December 2016 and they have a CD release party scheduled at Vinnie’s Bar And Grill in Concord, California, USA on December 9, 2016.

Bad Boy Eddy‘s Bio on their Facebook page is short and sweet, and states: “We are veterans of Bay Area hard rock acts that have come together to Rock Your World with energetic, melodic, heart- thumping and fist-pumping, sleazy, sexy ROCK and ROLL!!!”

The group has a more comprehensive biography on their website as it states in part: “Bad Boy Eddy, a hard rock band coming from the San Francisco, CA / Bay Area, has its roots spread far and deep, into this musical earth. Over the years, with their hard work and dedication, the band has earned an excellent reputation for themselves throughout the music industry. They continue to build a strong, loyal following and have established a strong foothold within the rock community…

After deciding on a lineup change in early 2014, Bad Boy Eddy founder and guitarist; Dave Saker, had a vision for the future of the band’s sound and presence. He then sought out and recruited rock vocalist; Karl Granneman, to bring his melodic and powerful vocal range into the mix. 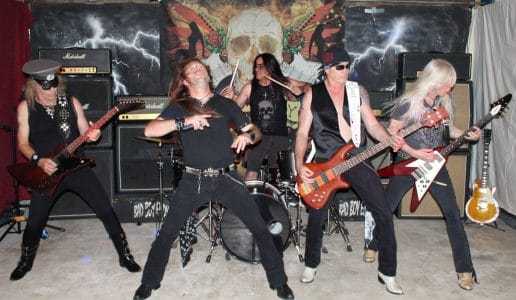 The new lineup was imperative, to the forward momentum of Bad Boy Eddy‘s future success.

Powered by a brotherhood of seasoned, dedicated and talented musicians, Bad Boy Eddy has proven that they’re one of the hardest working and greatest rock bands to ever come out of the San Francisco, Ca / Bay Area.

Their live shows are filled with high-energy, crazy stage antics and their music is a blend of different rock styles and influences which helped create their own original rock sound and unique live performances.

Bad Boy Eddy continues to stand up and deliver their passion for rock music, worldwide.”