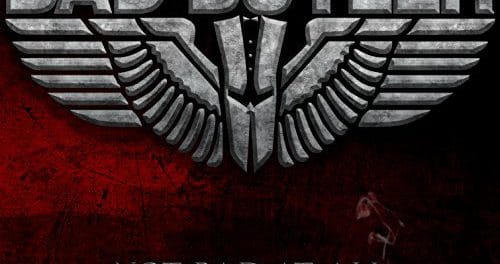 German rockers Bad Butler have released a video for their song “Nameless Thing” from their album Not Bad At All, which was just recently released in physical format.

Bad Butler‘s “Story” on their Facebook page states in part (with slight edits): 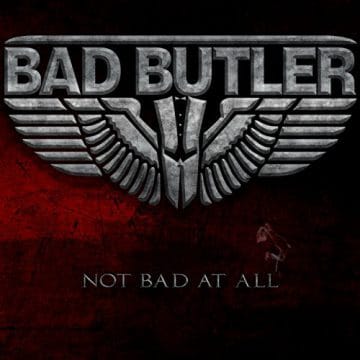 Bad Butler manages to build a unique mystic-dynamic sound atmosphere which carries you away and gets under your skin.

In their songs they deal with apocalyptic scenarios. They describe the horror, evil and the devil. In that historical-political events play as much a role as the seven deadly sins or classics by Steven King. The sophisticated sound is brought on stage with a lot of power, passion, and much blood, sweat and tears with Bad Butler’s year-long experience in other famous bands.

The project Bad Butler was founded in 2013. The two well attuned guitarists Christian Lautemann and Gary Bonassi start to write songs together. It soon becomes clear that young and willing men are needed to present the works.

Since the beginning of 2016, the rhythmical foundation is set with drummer Thomas Diener and bass player Christian Junker.

Last but not least, Dominik Kockler joins the group as frontman and vocalist. The first album ‘Not Bad At All’ was released in August 2017 recorded by the group in an in-house production….

The title developed over the years of the band’s formation. Every time after writing texts, the first instrumental recordings, and the spontaneous vocal backings, these entirely humble words were uttered.

The music video to the first single ‘Nameless Thing’ registered over 5.500 views after a few weeks.”

BAD BUTLER – NAMELESS THING (2017) Taken from the album “NOT BAD AT ALL”, Album-Download: https://badbutler.bandcamp.com/releasesFacebook: https://www.facebo…