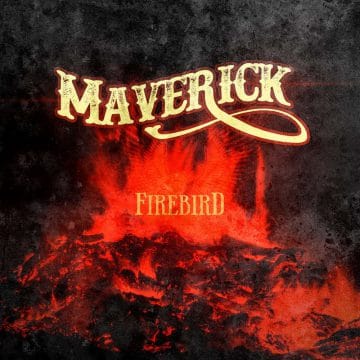 ‘Firebird‘ is the powerhouse debut from Australian rockers. Maverick is rock music as it should be with swagger and attitude. Seriously, when you press play you cannot resist it’s incredible draw. The band’s main strength is taking their blues infused classic rock sound and making it vibrant rather than just regurgitating tired old formulas.  This four-piece are an impressive, tight outfit and there is very little flab on this lean, mean album which packs a one hell of a punch. Serving up rattlesnake rockers like, “Free”, “Break Me”, “Black Voodoo”, “Great Northern Highway” and “Silent Scream” while also dishing out a couple of laid back bluesier numbers like, “Obsession” and “Tonight We Die”. This is a album  for music fans who know and appreciate phenomenal blue infused classic rock. The bottom line, ‘Firebird‘ by Maverick is a tour de force of musicianship and songwriting influenced by the classic rock greats and adding their own greatness. An absolutely brilliant debut

Maverick’s music live experience is based around good honest no frills Rock and Roll. Close your eyes and it reminds you of Chris Robinson of the Black Crowes and their music shares similar qualities, Good honest balls to the wall rock and roll.  They have an ace up their sleeve though in ‘Guitar Operator’ Mark De Vattimo. Mark seems to enjoy the freedom of not being the frontman and is a perfect marriage to Craig’s guitar playing. Couple this to a tight rhythm section in Simon Hallet and Nick Dudman and you have a winning combination that delivers a great live sound.”

♠ Official music video for the single “Break Me” from the album “Firebird” from MAVERICK to be released April 1st 2017. Grab the album, digital and physical,…