Baltimore, Maryland, USA rockers Bad Seed Rising have called it quits after their guitarist Mason Gainer and drummer Aiden Marceron have reportedly decided to go in “another direction.” 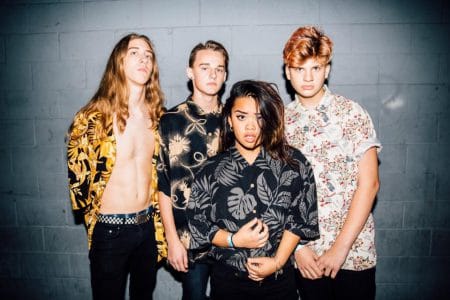 Sleaze Roxx readers may know Bad Seed Rising as the group had the opportunity, presumably as a “local” band, to play the M3 Rock Festival on repeated occasions in 2013, 2014 and 2015.

“We are sad to announce that BSR has come to an end. After 5 years, it is time for us to part our separate ways. Mason and Aiden have simply decided to move on in another direction without us, and although it sucks, we humbly respect that decision and wish them the best of luck. There’s no bad blood between any of us, we will always still be brothers (and sister).

We want to thank all of you so much for supporting us throughout the years. We truly appreciate everything everyone has done for us to get us where we have gone. Nothing could ever replace all of the memories and accomplishments we’ve made. So help us create one last incredible memory. Bad Seed Rising will be playing at the Carroll County Arts Center in Westminster, MD on Mon, Sep 11, at 7:00 PM. You can purchase tickets at the door or here online http://badseedrising.info/ Please help us make this last hurrah amazing. Thank you all so much, we hope to see you guys there.

Sleaze Roxx stated the following in its review of Bad Seed Rising‘s Charm City EP released back in 2014: “I do note that given all of the band members are still under the age of 18, Bad Seed Rising does have some upside potential despite what I consider to be a rather bland pop-rock oriented effort in Charm City. Although I am not crazy about this EP by any means, I’m actually still looking forward to seeing the band at the M3 Rock Festival in a couple weeks as I feel their music could translate well in a live setting. However, if the main and side stages overlap like they did last year at the beginning of the second day, I know which artist I’ll be skipping.”