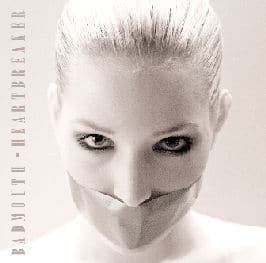 Swedish Rockers Badmouth will release their new single “Heartbreaker” on December 5th. The song is a cover from Pat Benatars’s 1979 -worldhit and the band releases this song as a tribute to her career and Benatars upcoming 30th anniversary. The original version of “Heartbreaker” is featured in Guitar Hero : World Tour.

Badmouth’s “Heartbreaker” will be available for FREE download on www.badmouththeband.com between Dec 5th – Dec 31st. After that the song will be availble on iTunes.

“Heartbreaker” is a brand-new track and not featured on Badmouth’s self-titled debut-album. The band released their album in October and has received overwhelming responses from the media and fans. The band’s label Romolus X Records just announced that the album will also be available through Best Buy very soon. 5 samples from the album can be listened to for streaming at the bands MySpace: www.myspace.com/badmouthswe .