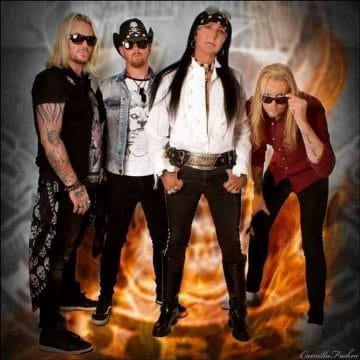 The group’s “Biography” on its Facebook page states in part (with slight edits):

“A driven force in the Swedish “rock” scene of the 2000s —Hailing from Sweden, a touch of glam/sleaze/rock metal of the 1980s, Amazing in sound and raunchier in style — and vowing to bring back the big shows and big songs of “unpredictable rock & roll”.

Since the band started, the Bai Bang members have spent a lot of time together on their tours all over Europe, Canada, Japan and USA…

Back in 2005, the band released a “Best Of” from the albums: Enemy Lines, Cop To Con, Ridin’ High and Attitude.

Bai Bang have been touring with bands like: Alice Cooper, LA Guns, Dio, Ratt, Pretty Maids and Union among others and have done many headline tours as well. 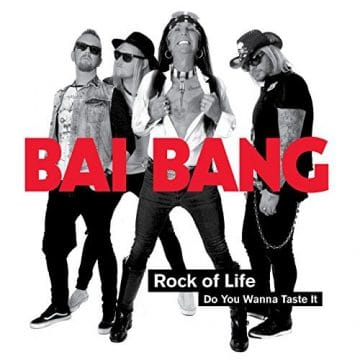 The band have been playing at festivals like: Sweden Rock Festival, Wacken Open Air and Rocklahoma.”

Promotional video clip from BAI BANG for the album “Rock Of Life”.”Rock Of Life” is released on April 28th, 2017 via AOR HEAVEN.SUBSCRIBE TO OUR YOUTUBE CHAN…