For those who don’t know, Bang Tango guitarist Drew Fortier spent the last four years or so putting together a documentary on Bang Tango called Attack Of Like: The Bang Tango Movie, which he recently released for free viewing on YouTube. 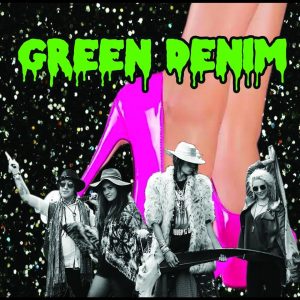 Fortier posted some messages on his Facebook page today regarding the video including the following:

“COMING VERY SOON! I haven’t made a music video in a LONG time. I’m proud to say that I just finished shooting and editing one for the incredible Green Denim. Also I make my acting debut in the video as the creepy cult serial killer guy aka The Animaniac. The video was heavily influenced by Troma Entertainment and Lloyd Kaufman. The video also features a VERY special intro by none other than Lloyd Kaufman! Keep your eyes peeled! It’s coming VERY soon!”

“And here it is!!! Honored to have shot, edited, and acted in this fun gritty creepy music video! Thank you Green Denim for including me in on the fun! And huge thanks to Lloyd Kaufman for being an influence as well as doing an amazing intro for the video! The Toxic Avenger makes an appearance as well!! Go Green!”

“Green Denim is an American Punk Rock group from Saint Charles, IL founded by frontman, guitarist, and main songwriter Bad Blair Alexander, with drummer Samantha Granrath. Green Denim also features longtime TV/Radio personality, musician, and actor Jesse Camp on vocals and guitar who offered his songwriting ability on several tracks from their self-titled debut record. Released in October of 2015, the record was produced by legendary bassist and producer Chip Z’Nuff. Green Denim brings back the sound and style of rock the world seems to have forgotten!”