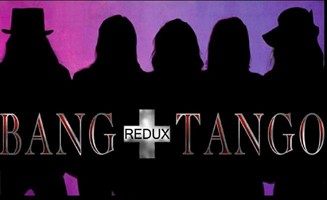 For the first time in many years the original members of Bang Tango have regrouped for some select Southern California shows. Guitarists Mark Knight and Kyle Stevens, bassist Kyle Kyle and drummer Tigg Ketler have joined forces with vocalist Michael Demay in the band known as Bang Tango Redux.

The band will be performing all the classics from Pyscho Cafe, Dancin on Coals and Love After Death. This will be the first time in the US that the original members are to perform songs from Love After Death which many feel was their best work to date. In a recent interview with Sleaze Roxx — www.sleazeroxx.com/interviews/markknight.shtml — guitarist Mark Knight commented, “We did a CD in 1994 and it wasn’t released in the States. We never really had a chance to perform or play it live. so we always wanted to do it. We’ve all been doing different things. We did a reunion a couple of years back with the original members and we had wanted to go and do some shows. It felt like the time was right so we decided let’s do it. It’s more about playing the new stuff off the new record and going out and banging it out again — it’s been a while.”

The fun starts July 31st in Redondo Beach at the Brixton (with Little Caesar), August 7th at Paladino’s in the Valley and a special appearance August 11th at Happenin’ Harry’s Aqua Lounge in Beverly Hills.

The band has been practicing hard in the studio and the members feel as though they have never sounded better! Come out and join Bang Tango Redux for these historic shows!