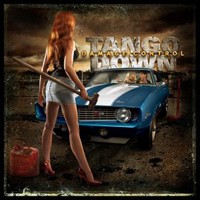 Bangalore Choir’s David Reece Teams Up With Tango Down

TANGO DOWN came onto the scene a few years ago, with their blend of in your face guitars and BIG vocal harmonies. After two albums Tango Down has merged forces with vocalist David Reece, of Bangalore Choir and Accept fame.

Scott Miller had this to say, “We couldn’t be happier with having David being involved with us. The new album is going to kill! We are going to venture into some new territories, but not without changing our sound drastically. You can bet that this is the album you have been waiting for from us! David is a monster singer and you are going to see how monster he is on the new album.”

Right now David and Scott have been working on pre production material for the next album which is due this coming fall. Keith Michael’s had this to say… “We are excited to have a guy like David with us. The man is a machine. Between working on his solo stuff and Bangalore Choir. How does he find the time to join our Controlled Chaos? We can’t wait to let him loose in South Dakota! Expect some Surprises folks”

David adds, “When I was contacted if I’d be interested in doing Dakota Rock Fest singing with Tango Down, I wasnt sure, until I heard the bands material. I was blown away and accepted immediately! Scott and I have been exchanging ideas for a new Tango Down record which is really coming together nicely! Scott knows how to write great tunes. We think alike musically, in that big guitars, bass and drums sound. Of course, lets not forget the BIG vocals! This record will include all of these ingredients, which will result in a batch of hook laden songs. This summer and fall is one to watch out for…! Tango Down on tour this summer and a new record this fall! Can’t wait to see you guys out this summer!!”

While working with Tango Down, David, will still be committed to his work with BANGALORE CHOIR. There’s plenty of him to go around and he has alot to say. Doing both bands, along with his solo material, allows David to stay fresh and not be pigeon holed. So look out for David Reece and Tango Down this coming year. It will be one full of good music and good times!!