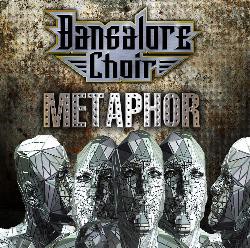 ‘Metaphor’ features some collaborative efforts as well. David turned to old friends Rikard Quist, who collaborated on the tracks “Silhouettes On The Shade” and “Scandinavian Rose” on the new release and also worked with lyricist Jon Wilde, with whom David had worked with on his Reece-Kronlund release.

David Reece says, “We look forward to the new release and to hitting the road this year in support of the new disc. We’re currently looking at some U.S. dates this spring and hopefully, a return trip to Europe this summer.”

The following sound samples from ‘Metaphor’ are now available:
All The Damage Done
Metaphor
Trojan Horse