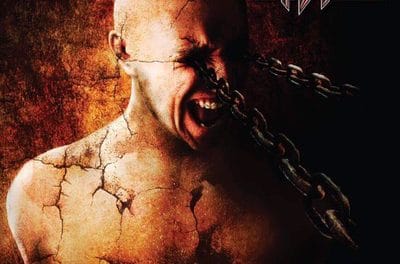 Great news for Banshee fans as the group’s fourth studio album Mindslave, which was originally released in 2012 is getting re-released via NoLifeTilMetal Records on vinyl and CD in limited quantities on August 31, 2018. 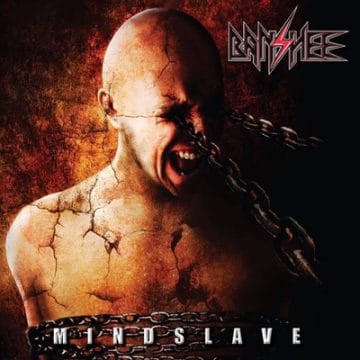 “Banshee are a legendary US Power Metal band formed by guitarist Terry Dunn, who remains the main man behind the band to this day. The band was formed in 1986 and only a few months after they released their “Cry In the Night” EP, which was picked up by Metal Blade Records in 1988 for release. They also included the song “We Want You” on the Metal Massacre 9 compilation.

By the end of ’88, the band’s popularity had become such that they gained the attention of Atlantic Records. “Race Against Time” was released on Atlantic Records in 1988. Unfortunately, the band was lumped in with the hair metal bands at the time, despite the fact that they had a much tougher, heavy metal sound. It wasn’t until 1992 that we were given new music from the band. They released their independent album “Take ‘Em By Storm“, with the band parting ways shortly after.

The band got back together for reunion shows in 1999, 2000 and again in 2008. It wasn’t until 2012 that the band released their fourth studio album Mindslave on Snowblind Records. The album featured vocalist George Call (ASKA, Violent Storm, Omen), original bassist Chuck Hopkins, and drummer Marty Schiermann. The album was a return to the heavier sound of “Cry In The Night.” In fact, guitarist and songwriter Terry Dunn said that “Mindslave is the album that should have followed “Cry In The Night“. In fact, it’s much heavier than “Cry In The Night“. According to Scott Waters own NoLifeTilMetal review, “The music fits squarely into the US power metal camp while retaining all the melody and hooks that Banshee have always been known for. The sound is a bit tougher, there may be a bit more groove and the lyrics are a little darker than their past albums, but overall Banshee still fits in that classic American power metal pocket… The sound is built around heavy, over-driven guitars, pounding drums, thunderous bass, screaming vocals and, of course, wicked guitar solos. George Call is a fantastic vocalist and really gives this album a ton of charisma. Comparisons to Tony Martin (Black Sabbath) and Ronnie James Dio would not be far off.

Terry Dunn had this to say, “Mindslave is a body of musical and lyrical work written between 2007 and 2012. The songs were influenced by life events I experienced and people in my life. I felt I needed to create an album that was the continuum of our EP, “Cry In The Night”. I always wanted Banshee to be heavier with more interesting lyrics and I achieved that with “Mindslave.” This would be my first attempt at writing lyrics for an album. I collaborated with George Call, the singer on the record, who did a amazing job. The songs are a bit darker but mesh well with the subject matter and lyrics. I feel that this is Banshee’s best work to date…”

Unfortunately, the album never saw release on vinyl and was a very limited CD run that has been out of print and impossible to find. Now NoLifeTilMetal Records is excited to announce a very limited edition run of the Mindslave album on vinyl and CD. The vinyl version is a one-time pressing on black vinyl limited to only 300 pieces, with only 250 pieces being made available to the public. In addition there will be a one-time run of a limited edition CD version featuring a beautiful 8 panel booklet in a jewel case edition, there will be 500 pieces only.”