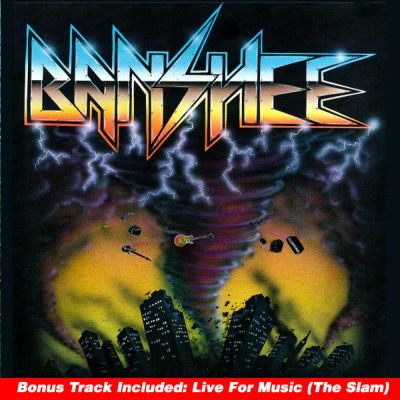 You can now pre-order Take ’em By Storm on the BansheeRocks.com web site. It will ship on December 8th.

Banshee will be releasing Take ’em By Storm for worldwide retail release on December 9th, 2008. BlastZone Records will be distributing the album. It will be available at Best Buy, Amazon, Walmart and many other retail and online locations worldwide!

An exclusive BONUS TRACK will be included on the album. We found a previously unreleased track in our archives called ‘Live The Music (The Slam)’ which we wrote in the early 1990’s about the way bands and musicians were and are treated by the major record labels.

If you don’t pre-order, be sure to get your copy of this album on December 9th!

Banshee’s FOURTH album is being produced now. Watch for it to be released in 2009!