Great news for fans of The Winery Dogs as the group consisting of lead vocalist / guitarist Richie Kotzen, bassist Billy Sheehan and drummer Mike Portnoy are writing new songs together for presumably the release of a new studio album. 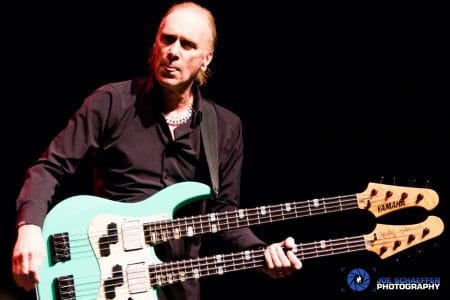 The following message was posted on Sheehan‘s Facebook page yesterday:

“It’s a beautiful day here in Los Angeles. And what a great reason to visit — with The Winery Dogs writing new songs! I am VERY happy and excited about this.

In an interview with Sleaze Roxx back in the summer of 2017, Sheehan was asked whether there was any material left after the release of Dog Years: Live In Santiago & Beyond 2013-2016 to which he replied:

“There’s a few things still lying around… they’re not completed. We don’t plan things out. There’s [no] grand master plan with The Winery Dogs. Things just happen how they happen. We knew we had this live DVD coming out and we had some songs that had been completed and we decided to include them in this package. One of the songs on that CD is “Moonage Daydream” which as you know is a [David] Bowie cover. We had performed that one live a few times after his passing. We decided to include that just to commemorate the man. There’s some stuff in the vault that could surface at a later time.”