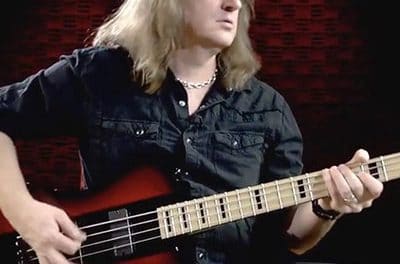 Megadeth bassist David Ellefson was recently interviewed by Andrew Catania of All That Shreds and was asked what is his favorite Megadeth album.

Ellefson replied: “I go back in time to moments of things that were great. It’s incredible how the human mind, we tend to remember the good days more than the bad days, at least. At least I do. I assume people are like that. At least that’s how I’m 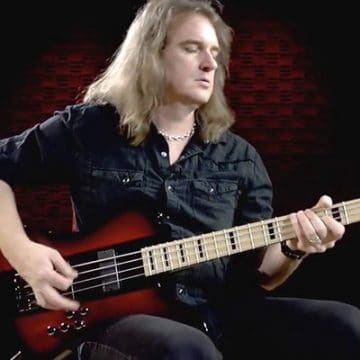 wired. The moments that weren’t so pleasant fade away in favor of the good and the fun moments. The Countdown To Extinction was not an easy album to write because we were hard on ourselves and we pushed each other just really to bring our best. At the same time. It’s one of my favorite albums because of the group collaboration and everybody being in sync, and I mean the four band members, our management, Capitol Records. We were a juggernaut of a team. Same could probably be said with the recent Dystopia album. Being in sync and be a synergized and focused team.”

In terms of what it’s like working with Megadeth co-founder and frontman Dave Mustaine, Ellefson advised: “Dave is very focused and, and knows exactly what he wants. That is indeed an admirable thing about Dave. You’ll be in the room with him because a thought or an idea will come to him and I’ll give you a couple of examples. One day we’re driving down the street, going to rehearsal and Dave just out of nowhere says, what do you think about Peace Sells, But Who’s Buying? And just out of the blue, I’m driving my van and Dave’s riding shotgun. We’re heading over to pick up Gar (Samuelson) and go down to rehearsal, and that’s how the title came about. Within an evening we’d create that song at rehearsal. Dave just kept coming up with riffs, and we sat there, me, Gar, Chris (Poland) and Dave, and we wrote that song.

Another interesting dynamic was we’re coming off the World Needs A Hero Tour and we knew we were going to be coming into making a live album. I’m sitting on a bus, we’re kicking around ideas, and all of a sudden out of nowhere Dave says Rude Awakening. That’ll be the title of the album. Those are the things that I’ve seen with Dave from the first day I met him; It’s that right there, those two instances are a snapshot of why Dave and I work well together. I understand him; I get him. I’ve been in the room when Life-Changing moments of genius will come out of him, and I’m honored to be there. It’s just such a cool thing to be around someone.

Now, with that said, when an idea comes out of somebody like that, they want to see to fruition, and as an artist, we all do, we want to see it to fruition. Then when people don’t get it, they don’t understand it. They try to talk you out of it. They tell you that’ll never work. When they get in the way, those are the people that ended up having ended up bloodied by the side of the road. If you examine any of the great titans of business, JP Morgan, Henry Ford, Steve Jobs. They’re all like that, and I’m fortunate that I get to work with one of them and his name is Dave Mustaine.”

You can read the rest of the interview with Ellefson at All That Shreds.

All Copyrights go to their respective owners.Copyright Disclaimer Under Section 107 of the Copyright Act 1976, allowance is made for “fair use” for purposes …