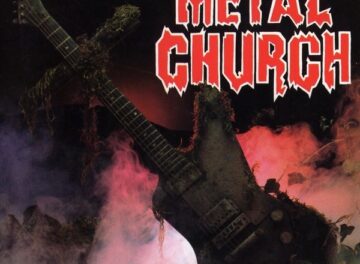 Former Metal Church bassist Duke Erickson was recently interviewed by Andrew Daly for Vinyl Writer Music. Erickson was in Metal Church for the band’s first six studio albums consisting of Metal Church (1984), The Dark (1986), Blessing In Disguise (1989), The Human Factor (1991), Hanging In the Balance (1993) and Masterpeace (1999). 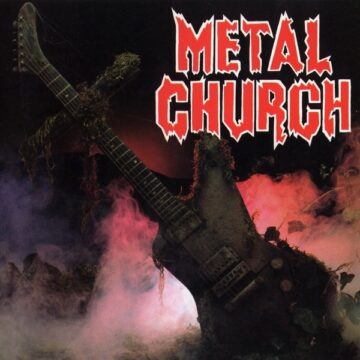 Erickson was asked about producer Terry Date‘s in studio approach for Metal Church‘s debut self-titled album to which he replied: “That was Terry’s first album, too, so he hadn’t really developed any particular approach yet, as far as I can remember. His approach was to record the stuff that we played. As far as the overall sound, we loved it. Since everything we did after that involved some sort of outside influences that altered things, I’d say that the first album, as is often the case, is the one that’s just purely us.”

Metal Church‘s second album The Dark was released via the major record label Elektra. Erickson was asked whether having major label support from Elektra had a big impact for Metal Church to which he stated: “Yeah, it did impact things. We had way more budget. [Laughs]. Micheal Alago was our A&R guy at Elektra, and he was great and always super supportive. Love that guy! But we had Mark Dodson as our producer on The Dark, and I think that was maybe too much of a change in some ways. Love that guy, too, but we should have just done what we did on the first record and kept it super simple. In retrospect, we should have just stuck with our guy Terry for every record. One other regrettable thing that we tended to do is listen to those outside the band’s influences too much. We should have stood up and said, “No,” more often and done things the way we wanted to. Our album covers are a great example of that.”

You can read the rest of the interview with Duke Erickson at Vinyl Writer Music‘s website.