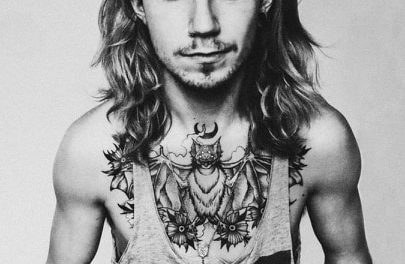 Smokin’ Aces bassist Ero Lamberg has clarified his involvement with respect to Santa Cruz. The bassist was in Santa Cruz as “Ero Cruz” when the band released its latest album Katharsis in late October 2019 before announcing his departure from the group in early May 2020. 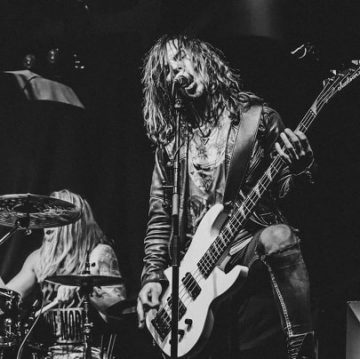 Speaking exclusively to Sleaze Roxx, Lamberg explained how and when he ended up joining Santa Cruz. Lamberg stated: “We formed Santa Cruz together in elementary school, named after a city in California that we found on a map in geography class. We parted our ways with Archie at the age of 13 when we continued to different schools. After a few years, Archie started Santa Cruz again with [guitarist Joonas] Johnny [Parkkonen]. Almost at the same time, I started a band called Smokin’ Aces with Anthony Dawoud that was based in Helsinki. Archie and I have crossed roads multiple times along the years and Smokin’ Aces even played a warm-up gig for Santa Cruz at the legendary Tavastia Club in 2014.

Around one and a half year ago, I received a message from Archie. He explained the situation with the band, the things that had happened and his plans. I got an invitation to come to L.A so, I quit my job, packed and left to rehearse with the band. There is also some rumours that there were other bass players auditioning for Santa Cruz at that time and played a short time in the band, which is not true. I was the first one they asked and I got in. So I don’t know who the fuck are those guys that somebody wrote about on the Santa Cruz Wikipedia page except for [bassist Mitja] Middy [Toivonen] of course.”

Wikipedia indicates at one point: “While no official announcement was made, it is believed that both Crispy Cruz, and Bones Cruz were the bassists in the band during late 2018, and early 2019, respectively.” 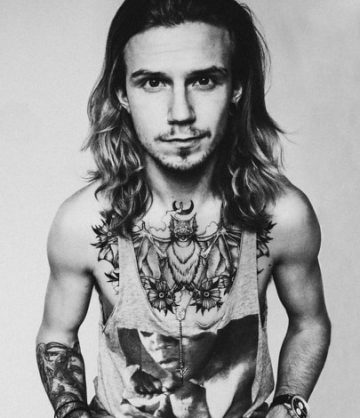 In terms of his involvement with Santa Cruz‘s album Katharsis, Lamberg indicated: “All the songs for the Katharsis album were already written and recorded when we — the new members — joined the band. So we were basically hired guns, which didn’t bother me at first.”

With respect to why he ended up leaving Santa Cruz, Lamberg advised: “There were many reasons but the the main ones are that I wanted more responsibilities, to write songs and to do some things differently than the band ended up doing. Also it started to feel that it wasn’t the right music genre for me. I started my own band called ST. Aurora a few months before I left Santa Cruz and when I started to write songs for our first EP, I realised how much I enjoyed it, how excited I was about the band and how easy it was to work with my new bandmates. Those were also reasons that led me to the conclusion that I should leave Santa Cruz. With ST. Aurora, we start recording our debut EP in July and release it later this year.”

In regard to whatever became of Smokin’ Aces who released the EP 24/7 back in October 2014, Lamberg indicated: “We are still good friends but right now we’re just working for different music projects. The future is still unclear but I wouldn’t be surprised if we would get together at some point.”