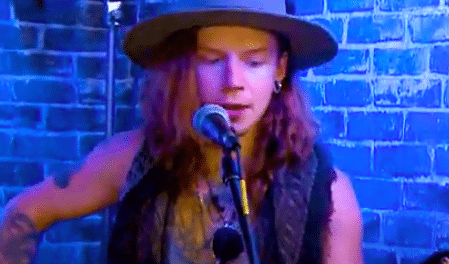 Santa Cruz‘s line-up changes continue with frontman Archie Cruz at the helm with the departure this time from bassist Ero Cruz (i.e Ero Lamberg) who is credited as playing on the band’s latest album Katharsis, which was released back on October 18, 2019.

The following message was posted on Lamberg‘s Facebook page on May 2, 2020: 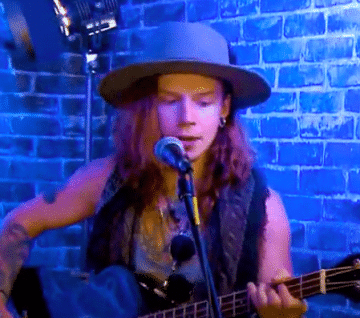 “I’m sorry to inform you that I have decided to leave @santacruzbandofficial and concentrate on my own project. I’d like to thank all the fans and the supporters who helped me to grow and be a better musicians. I really owe you one!

The road was long and interesting and I had a chance to meet amazing people on this journey, of which I’ll be forever grateful! Special thanks to @speedlundofficial and the crew who stick with us through thick and thin! I hope we’ll meet again soon ? #santacruzband #santacruz#hastaluego @ Helsinki”

Back in mid-March 2018, three quarters of Santa Cruz — Toivonen, guitarist Johnny Parkkonen and drummer Tan Fagerstorm — quit the band in the midst of a tour throughout the United States of America leaving frontman Archie Cruz as the lone man standing.

In mid-April 2018, guitarist Brozie DeRozie was announced as the newest Santa Cruz member but that only lasted a few months as he was replaced by 19 year old Pavel Cruz. The Santa Cruz line-up that ended up being credited with playing on the album Katharsis  was Archie Cruz, Ero Lamberg, guitarist Joe Perez and drummer Toxy Cruz.

Sleaze Roxx stated the following in its review of Katharsis: “I don’t know if I gave Archie himself too much credit within the Santa Cruz camp, but I now know without a doubt that the other three guys played a massive role in the music that the band produced and the new band does not even come remotely close to filling their shoes. As of late, I have found myself reverting back to listening to the original three albums and when compared to them, Katharsis is terrible. Do your thing Archie. More power to you, but Johnny, Middy, Taz… where are you guys? Are you still together? Are you making music? Do you lay a claim to the name Santa Cruz? Are you auditioning singers? Your fans want to know.”