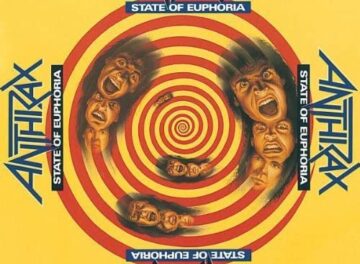 In terms of which album is the most important to Anthrax‘s legacy, Bello opined (with slight edits): “You can’t discount the importance of Among The Living. It’s the album that broke us and the record that gave us a career. And man, it’s great to hear 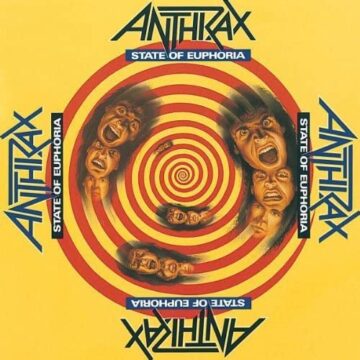 people say that, and it’s great to have an album like that under our belts. But I have to say, our last record, For All Kings, I think that one was important for us. Because specifically, the last few records have gotten some great press where people have said it’s some of the best work we’ve ever done.

We’ve gotten some great compliments and great reviews on that record, and it seems as if it’s one that’s resonated with a lot of people. For us to be making music that some people feel is our best at this stage in our lives that’s the ultimate compliment. As I said before, we’re coming at it from a fan’s point of view. We feed off this music to get us going, and I think it’s important never to lose that hunger.”

Bello was asked whether there was a record that he could go back to change if he could to which he replied: “Believe it or not, it would probably be State of Euphoria. I know a lot of people love that record, and we do, too. But there wasn’t much time to record that album because we were touring so much around that period. And I remember that we would have liked to live with some of those songs featured on State of Euphoria just a little bit more so we could develop them more. But that’s not to say it’s a bad record; we still love it. It’s more that we wanted to put it in the oven a little longer to bake right, if you catch my meaning. I have nothing overly negative to say about the record, and it’s great, but if there’s one I wish I could go back and fine-tune a bit, it would be that one.”

You can read the rest of the interview with Frank Bello at Metal Sucks‘ website.