In an upcoming interview dubbed The Summit Interview, Sleaze Roxx contributor Ruben Mosqueda interviewed four artists and asked each of them similar questions on various topics. The four artists that were interviewed were none other than Little 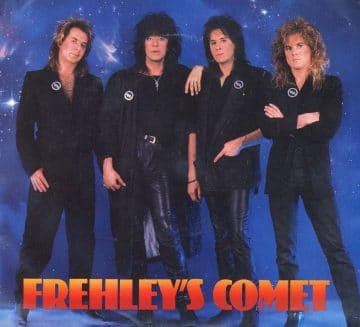 Each of the four artists are asked who treated them the best when they were out as supporting acts for various bands back in the day and who was heard to deal with. Regan replied: “I recall that Alice Cooper was a total gentleman and professional. He is ‘top shelf’ in my book, and nothing but great memories of our time touring with him. Iron Maiden left a bad taste, because they were constantly canceling their shows, and the way that Ace‘s alleged business people crafted the contract, we did NOT get paid when they canceled! That led us to having to pull out of that tour. It was very unfortunate, and Ace took the brunt of the blame, although he and we were ready, willing and able to play every show.”

Frehley’s Comet were touring in support of their sophomore album Second Sighting and they were the supporting act for Iron Maiden on certain North American tour dates in 1988 during the latter’s Seventh Son of A Seventh Son Tour.

The Summit Interview will be posted in the coming days on Sleaze Roxx.