Bassist Magnus Ulfstedt no longer a part of Eclipse

Big news in the Eclipse camp as the group’s long-time bassist (and previous drummer) Magnus Ulfstedt is no longer a part of the band. This news comes less than a month before Eclipse are about to release their latest studio album titled Paradigm via Frontiers Music Srl (on October 11, 2019). Eclipse are scheduled to embark on the Viva La VicTOURia Tour throughout Europe that runs from October 22, 2019 to December 22, 2019 with Junkyard Drive as their official special guest.

Ulfstedt played drums in Eclipse from 2000 to 2006 before returning to the group as its bassist in 2014. 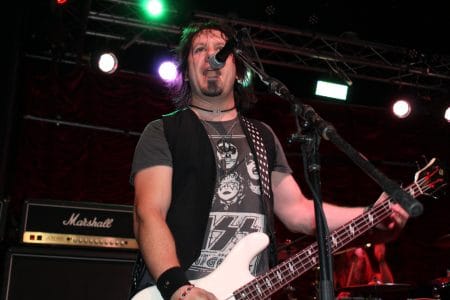 “A statement from Eclipse (Sweden) on the departure of bassist Magnus Ulfstedt:

“As you may or may not heard bass player Magnus Ulfstedt is no longer a part of Eclipse. Magnus is a stellar musician and his departure leaves a big pair of shoes to fill. We would like to thank him for his years in the band and wish him the best of luck with all his future endeavors both on and off stage.

However, the upcoming tour will run as planned.””

The drummer posted the following message on his Facebook page yesterday:

REGARDING MY POSITION IN ECLIPSE (SWEDEN)

I hereby want to acknowledge that I am no longer a member of the band ECLIPSE.

My deepest thanks to all friends, fans, promotors, business partners, touring bands and fellow musicians. It has been a pleasure meeting you along the road and your love is forever kept in my heart.

We will meet again.