Former Whitesnake and current Snakecharmer bassist Neil Murray has revealed to eonmusic that he recorded four songs with guitarist Adrian Smith when the latter first left Iron Maiden in the early 1990s. 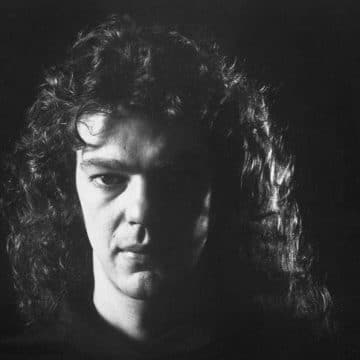 The following are excerpts from the article/interview by eonmusic:

…eonmusic can now reveal that as early as March 1991, Smith was looking at putting a new band together, which led to Neil Murray being asked to participate. Completing the line-up for the sessions was a drummer with another Iron Maiden connection; Fabio Del Rio, who had played on Bruce Dickinson’s ‘Tattooed Millionaire’ album the previous year.

Speaking about the recordings, Neil said; “It’s one of these rather short lived things where you do a session for somebody. It was really playing on demos for him.”

Despite the one-off nature of the sessions, Neil’s diaries reveal that the three-piece got together on three occasions; for a rehearsal on 11th March at Ritz Studios in Putney, London – which featured Smith taking on both guitar and vocal duties – and again over the following two days, for a recording session proper at Battery Studios in London.

A further session was booked for 16th March at Battery Studios for vocals and overdubs. Neil also revealed that his former Whitesnake band mate Bernie Marsden was involved at this stage; “probably in the role of ‘producer’”, whist also crediting Marsden with getting him the gig in the first place.

The band recorded four tracks; ‘So Much Love’, ‘Judgement Day’ (a song which Smith carried over into The Untouchables), ‘Break These Chains’ and ‘Singin’ The Blues’, which Neil hinted continued along a similar AOR vibe to that of Adrian’s 1989 A.S.a.P. album. None of these tracks however, have ever received an official release.

You can read the rest of the article/interview at eonmusic.