Pretty Maids bassist Rene Shades was recently interviewed by Sakis Nikas for Greece’s Rock Pages to talk about his former band Sateria. Back in July 2020, Steelheart Records announced that it would be releasing two of Sateria’s 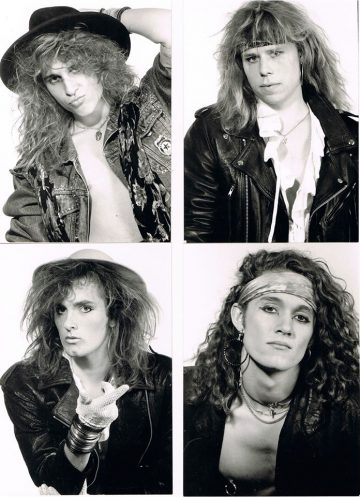 unreleased records from the early ’90s.

Sateria signed a tentative deal with Polygram Records back in the day but never made it “big” to which Shades indicated (with slight edits): “Oh yes… absolutely. Classic band scenario. We played a great show in Copenhagen… Record label boss comes down after and says: “You guys are the new Cinderella… You are signed! Of course we went crazy and we all had a big party. Then almost overnight as we had recorded the album, Nirvana released “Nevermind” and the party was over and record boss long gone. That was it… but it had to happen. The whole scene was too self-indulgent and something had to change as had the rest of the world. We were just four to five years too late.”

Nikas pointed out that Sateria‘s songs were actually recorded in January 1991 and asked Shades if he thought that things might have been different had the album been recorded a couple of years earlier. The bassist opined: “I think we were not experienced enough to match many of our American peers both in production and as musicians at the time. The album was actually already started late ‘89 with demos and finished in ‘90. We sounded like Crüe in ’81… So yes, we should have had more help in achieving our potential. But you live and you learn. To answer your question… bad timing for sure but I’m not sure it would have helped anyway. Hindsight is a beautiful thing.”

You can read the rest of the interview with Rene Shades at Rock Pages‘ website.