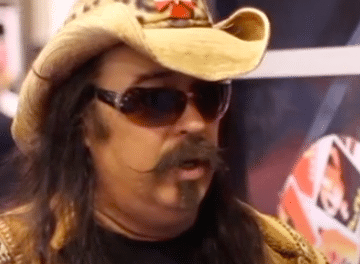 Bassist Rik Fox would like Blackie Lawless to credit him with creating the W.A.S.P. band name

Former W.A.S.P. and Steeler bassist Rik Fox was interviewed by TKC Metal Reviews prior to the Covid pandemic but the interview was only recently posted. Fox was part of W.A.S.P.‘s original line-up in 1982 which also included frontman Blackie Lawless, guitarist Randy Piper and drummer Tony Richards. Fox was in W.A.S.P. for a few months before eventually joining Steeler alongside singer Ron Keel.

“Well, right off the top, actually ‘being’ in this business is, in and of itself, a horror story, depending on your POV. I think every band has had it’s ‘Spinal Tap’ horror story in one form or another. I guess the main ’horror story’ that comes to mind is never 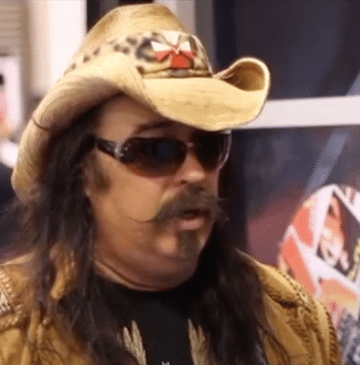 really having been accepted or respected by a lot of the other players in the business. Especially in Los Angeles. It would be nice if Blackie Lawless finally came clean on the truth about my being one of the original co-founders of W.A.S.P. and admitted that I created the band’s name. But, as we all know, there’s tons of insecure, and jealous players out there and for some reason, people just couldn’t get past my image and really listen to what I was playing, despite knocking out of the park onstage. Personally, I’ve found that a lot of guys really don’t like it if you look cool or dress cool, so they say shit about you behind your back. These days, much of that 80’s image is all gone and it comes down to the music.

In 2018, I recorded a couple of tracks on an album called ‘London Fog’ by a guy named Jim Crean, out of Buffalo, NY, and he’s got a laundry-list of top A-List talent on his albums, like myself, all playing guest tracks. He asked me, so I recorded on the album single ‘Broken’ with Dio/Sabbath drummer Vinny Appice, and Jack Russell’s Great White guitarist Robby Lochner and Paul Di’Anno guitarist Steph Honde, and another track of an Angel cover with Frank DiMino. Although the album is really good, Honestly, for my part on it, at the end of the day, nobody really gave a shit, especially in trendy Los Angeles. A lot of guys get celebrated when you play with industry heavyweights. But not me. Nobody cared. But, I think, if you listen carefully, you’ll hear some pretty cool bass lines I laid down there. Nowadays, I’m starting to get a small percentage of that acknowledgement from guys I really respect, like The Master — Billy Sheehan, and Badlands bassist Greg Chaisson, and they’ve actually taken the time to listen to how I play and have complimented me, for which I’m honored and humbled.

Some people think my time in Steeler playing with [Yngwie J.] Malmsteen was a horror story. But I’ll tell you what, I’m the first bassist on U.S. soil to go toe-to-toe on a daily basis with Malmsteen and I didn’t sweat that kid one minute, I survived. LOL!”

You can read the rest of the interview with Rik Fox at TFC Metal Reviews‘ website.

In an interview with Sleaze Roxx back in late April 2019, Fox was asked how he felt about being so close to making it big with W.A.S.P. to which he replied

“Well, it’s kind of pointless to be bitter about it. That’s not going to serve any purpose. Over time, you get to look at things more retrospectively. You kind of look for the zen in it. If you can, look at that silver lining in the darkness. Look at the track record of W.A.S.P.’s membership. It wasn’t long after that first album came out that everybody started to get replaced. Tony [Richards] got replaced after me. Randy [Piper] was let go. Chris Holmes came in. It likes becomes this revolving door. You know there’s a pattern there, a track record of who’s in charge. The problem so much is not the other band members as it is the guys pulling all the strings and driving the vehicle. That kind of speaks for itself.

I know that people have heard my bass tracks on those W.A.S.P demos and they said, “Wow! This is different. It’s a lot more melodic than what we hear on the first W.A.S.P. album.” I said, “Yeah, because I am a melodic bass player.” And I was asked by Blackie [Lawless] to play simple. “Play it simpler. Play it simpler.” I mean, how simple can I play it? Years later, you run into people that go, “Well, you can’t play because it’s simply played.” They weren’t there. They were not in the room when that was happening. They don’t know what was requested of me. So unless you’re in my shoes, shut the hell up! W.A.S.P. has its own track record. The validations are out there. People know where to find it. I don’t really have to prove it. When I got contacted by Darren Upton, who is the author of the book ‘W.A.S.P.: Sting In The Tale’, he called me up from the UK and we were on the phone for three hours. What he said to me was, “Rik, you represent a very integral and important puzzle piece in the history of early W.A.S.P. we didn’t know about. So I appreciate having your input on it because it fills in that missing piece and that made it a little bit better.” It’s just a matter of time before the truth comes out. It takes forever on social media. I’ve still got haters out there dismissing it and saying, “No. He got fired.” Bla bla bla bla bla. Okay, whatever.”