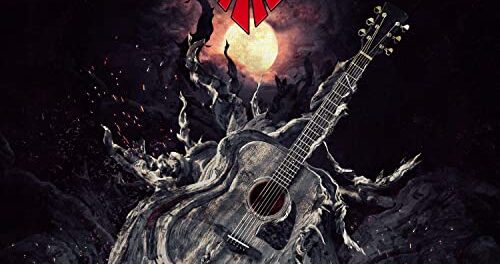 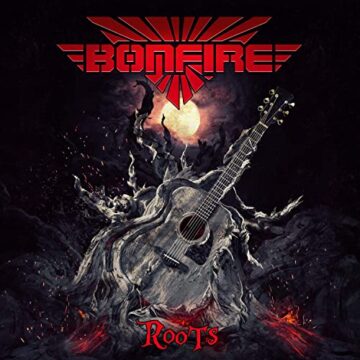 With respect to how Roots came about, Parkes stated: “2020 was a very dark year (laughs). We put out Fistful of Fire, released on April the 3rd, and had big plans for tour for all of 2020. And of course, everything got shut down, just like it did for everyone else. Maybe [for us it was] a little bit more difficult, because I live in the USA and the rest of the band lives in Germany, so it makes it a little more difficult for me to travel back and forth. That really stopped everything, like there was no chance of me going over to any concerts or anything. So as we sat around talking, instead of getting depressed we decided to do something. We’ve already had plans in our heads to eventually make an acoustic album because we did a bunch of acoustic shows and even tours and they were really all well-accepted and we enjoyed doing it – and that was our goal to go in and do some acoustic shows. So, we decided to make an acoustic album which we recorded during 2020. Now this album’s gonna be released on February the 26th.”

In terms of how Roots ended up being a double album, Parkes indicated: “(laughs) Yeah. We actually had an idea, but you know – when your band is signed to the record label, you have a contract, so you’re supposed to put out an album this year and maybe next year they’ll say, “Okay, we want a second album…” And you sign a contract for a number of albums – maybe it’s two, three or one. Could be anything. So we weren’t scheduled to put out a new album, but we really wanted to do it and we figured this was the time when everybody’s home and we can do this… And people still love music, even though they’re maybe stuck in their house where things aren’t going the right way… People still wanna enjoy music.

So we said, “Let’s go for it,” but we had problems because the record label [AFM Records] didn’t really want us to do another album. So we decided we were gonna do it anyway. We reached out to our fans and told them what our concept was of making this album and we gave them the options of picking songs. Like, if you wanted, you could buy a song and we would make a song specifically for you – you would tell us a little story about yourself and we would make a song about you. So, there’s four songs like that. But basically, the whole album was covered cost-wise by the fans. They paid for the album and that’s why there are so many songs [on it], because people picked songs and then we had so many songs that it turned to a double album (laughs).”

You can read the rest of the interview with Ronnie Parkes at Hard Rock Haven‘s website.