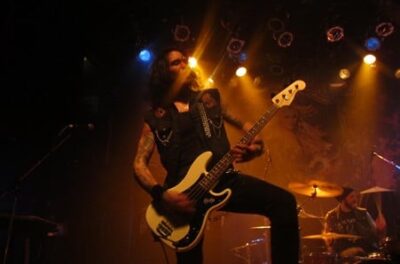 Sister Sin consisting of lead vocalist Liv Jagrell, drummer Dave Sundgren, lead guitarist Jimmy Hiltula, bassist Strandh and rhythm guitarist Fredrik Jordanius have started playing select shows after a seven year absence. Unfortunately, they have run into a bit of an issue as their bassist Strandh has had some sort of undisclosed incident, which has left him with three broken ribs and one broken thumb. 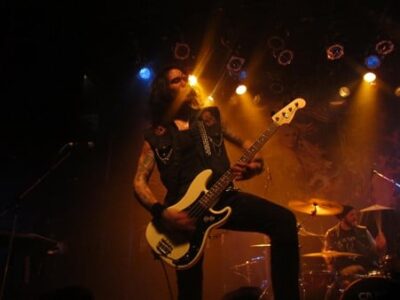 Nevertheless, Strandh will be performing at Sister Sin‘s upcoming festival gigs consisting of the Sauna Open Air in Espoo, Finland on July 8, 2022 and Rock In The City in Oslo, Finland on July 9, 2022. Sister Sin played their first show in seven years at Backstage in Trollhättan, Sweden on June 18, 2022.

“Unfortunately Strandh had a bit of a freak accident at his dayjob as Attorney General for the Office of Legal Counsel last week.

Without going into further details, he now has 3 broken ribs and a broken thumb.

But just like Tommy Lee & James Kottak, Strandh will soldier on! ( Most definitely better than James Kottak though

We’re headed over to Finland next week for Sauna Open Air & Rock in the City. Please have understanding that performing may be difficult & send him some well wishes to your (& ours) all-time favorite bassplayer