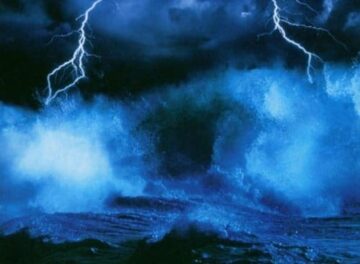 Cavazo is one of the original founding members of the band Hurricane along with guitarist Robert Sarzo. Cavazo played on the group’s first three albums Take What You Want (1985), Over The Edge (1988) and Slave To The Thrill (1990). Hurricane released one more album in 2001 that was titled Liquifury. 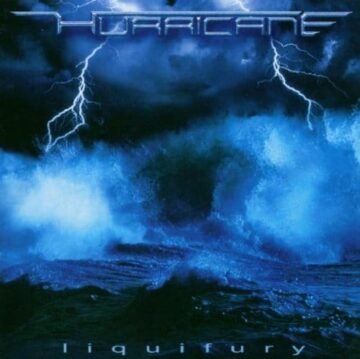 In terms of how Hurricane came together, Cavazo indicated:

“Well, the last gig that I did with DuBrow – which became Quiet Riot – Kevin DuBrow introduced me to Robert, Rudy’s younger brother. Me and Robert, we hit it off right away. We became friends instantly. We talked about getting together and jamming, and we kept in contact, and we finally did. We went to this lady’s office building that she said we could use, and we brought a 4-track recorder in there and just started writing stuff. I was doing some vocals, he was doing some vocals, and we really wanted to put a band together.

We found our singer – Kelly Hansen at the time – we heard about him, and we went to see him at a cover band gig that he was playing. We thought he had a really good voice, so we asked him to join. He thought about it for a little while, and he called and said, “Yeah, I’d be interested in doing that.” We told him we were gonna record an album and all that stuff. The original drummer didn’t work out for us, so we got Jay Schelling and he came in and he was really the right guy. So, we started writing, and then we went into a rehearsal room and started really honing in on the songs. What happened was, we became friends with the people at KNAC, the radio station that played heavy metal stuff, and they were playing our songs that we recorded on their shows before we even played a show. So, when we played a show, the place was packed because everybody heard those songs on KNAC and they wanted to come to see the band that actually played them. I can’t even remember where our first gig was – I think it might’ve been at The Country Club if I’m not mistaken. We had a great crowd and everybody was into it; they recognized the songs. We played the song “Hurricane” and “Girls Are Out Tonight,” and things like that. They recognized them because KNAC was playing those songs.

We ended up with an Enigma record deal, and they wanted us to go on tour, so they would ask us if we would go on tour with Stryper. We were labelmates with Stryper. So, we went out for, like, nine or ten months with Stryper. That was a really good tour for us. Then after that, we ended up touring on our own, and we ended up on stints with Iron Maiden and Cheap Trick. And we went out with the McAuley Schenker Group and Gary Moore, guys like that. I mean, it was incredible. We were playing some really good shows with those guys. Then we ended up changing guitar players; Robert, he wanted to do something different, and it just wasn’t meshing anymore, so we ended up with Doug Aldrich in the band for the third record. That was really good, but it was just a one-album deal. That’s when I left the band, and Jay and Kelly put a new band together under the name Hurricane and released a fourth album. I didn’t even know that they did that until a few years later; I heard about it and I listened to it. It’s good, but I don’t know if that record actually did anything. But the first three Hurricane records, we made a dent in the music industry with those, and people still like those.

Right now, Robert and I are working with a drummer, Mike Hansen, and a singer named Daniel Schumann on a new record right now. We’re in the process of recording it; we’ve got it more than halfway done. We’re trying to figure out what songs we wanna put on it. We’re doing it the modern way; we’re writing on our own pro tools and we just record and email it back and forth. That’s how we’re doing it right now. I kind of miss the old school way, when you actually had to go into a recording studio and write songs like that, or go into a rehearsal room and do pre-production.”

You can read the rest of the interview with Tony Cavazo at Vinyl Writer Music’s website.