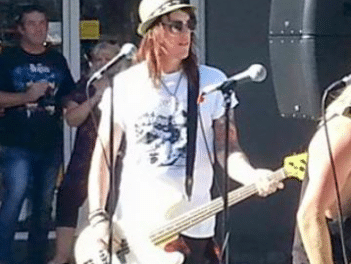 The following message was posted by Robertson on Dangerous Curves‘ Facebook page on July 20th: 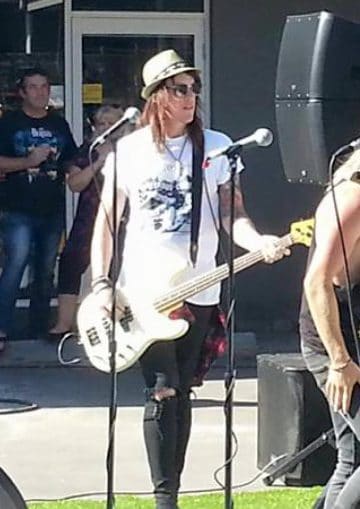 After a lot of time and thought, I sadly announce that I will no longer be playing bass in Dangerous Curves.

After nearly four years, I feel like it is the right time for me to leave the band.

Cammy, Kym and Luke are like brothers and there is absolutely no ill feelings at all.

Thank you for all your support and love through this chapter of my life. It’s been a blast!

Sleaze Roxx stated the following in its review of So Dirty Right: “What a difference two years makes! After releasing their debut self-titled EP two years ago which contained five pretty good but not that memorable tracks, Dangerous Curves have come back with a very good and way more mature effort titled So Dirty Right. Gone are the speedier and too busy tracks and in are some grooving tracks highlighted by what could well be a hit single! A hit single you may ask? Yes, you’re reading this right. Had Dangerous Curves released their So Dirty Right album back in the late ’80s, I am convinced that their acoustic gem “I Need Lovin’” complete with some female background vocals and a real good time feel would be a bonafide hit for the band. The song stands head above shoulders over the rest of the tracks on So Dirty Right and it’s not because the rest of the songs are bad in any way, it’s just because “I Need Lovin’” is so damn good, catchy and infectious. Hopefully the song will get the video treatment very soon because it really deserves it and you, the reader, need to hear it!”