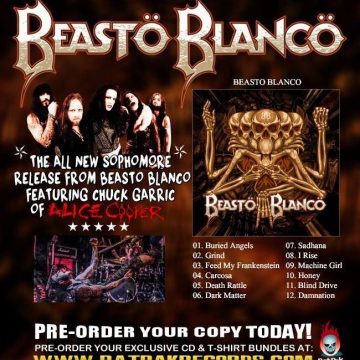 Beasto Blanco “Feed My Frankenstein” (Alice Cooper cover) from their new self-titled CD out now! Pick up your copy today or get it on Amazon: http://smarturl…