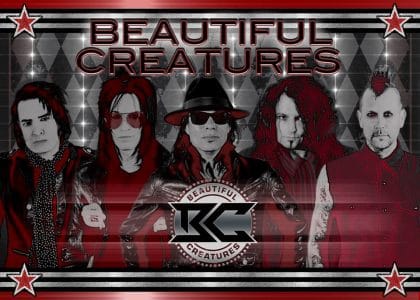 Sleaze Roxx interviewed Grossi almost two months ago and the guitarist explained why Beautiful Creatures remastered and remixed their second album Deuce rather than the self-titled debut record. Grossi stated: “The debut album is owned lock, stock and barrel by Warner Bros. The rights to ‘Deuce’ have now reverted back to us. Plus, we wanted to have more creative control, and unlike the self-titled album, Anthony Focx mixed ‘Deuce’ and had access to the actual files for us to manipulate for the better.”

In terms of the bonus tracks on Deuce Deluxe, Grossi advised: “That will all be announced soon. We are still putting the finishing touches on them but I have heard where the old songs have gone sonically and it is night and day. I think the fans are gonna love it.”