Beautiful Creatures to release new video on Oct. 26th and working on songs for new album in 2018

Beautiful Creatures featuring Joe Leste (vocals), Kenny Kweens (bass), Anthony Focx (guitar) Alex Grossi (lead guitar) and Timmy Russell (drums) will be releasing a new video for their song “Straight To Hell” from the album Deuce Deluxe are working on songs for a new album to be released in 2018. 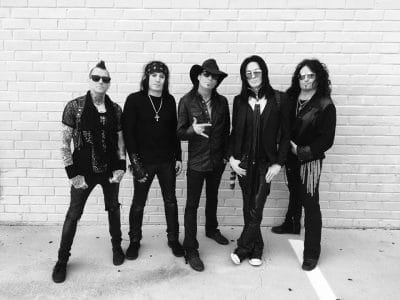 A press release from the band includes an interview with Kweens who was asked about the new Beautiful Creatures music video for the song “Straight To Hell”. Kweens stated: “Well, groupies and rockstars go together like devil horns and a pitch fork. Rockstars sell their souls to be on a stage and the groupies sell their souls to be backstage… or on the tour bus… or in the hotel room… or limousine… or airplane… or where ever. You get the point. The song is about being on the road and doing whatever it takes to get as much out of the night as you can before you retire to your “coffin” or bunk” (laughs). The concept is very simple, just a straight forward campy rock video. I’ve never really been a fan of narrative videos, I am more into videos that are abstract or have an undertone of what the song is about. We wanted something raw and live, nothing too clean and polished, more like a throwback to the early days of metal videos from like Mötorhead, Iron Maiden, Judas Priest, AC/DC or KISS. Something that would have been seen on MTV’s Headbangers Ball. You really can’t go wrong with loud guitars, dancing girls and, well…. the devil.”

In terms of when the new video will be released, Kweens advised: “I love October. It’s the start of fall, it’s Halloween time and it’s also my birth month, so for me it’s always an action packed month of festivities and events. I’ve released videos in the past around this time of the year, so I thought why not do it again? When presented with idea, I immediately asked the band if they would be up for a quick video shoot and they were game. When I say quick, I mean quick. No preproduction, it was very spontaneous, but with no stress or worry, we just wanted to have fun with it despite the time crunch.” 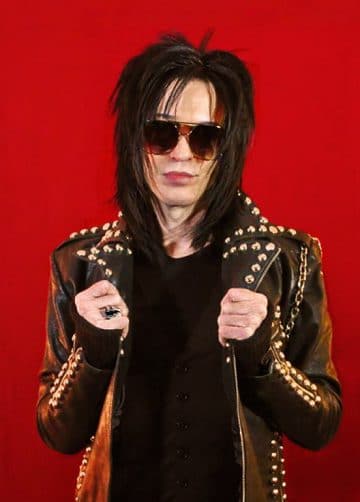 Knowing that Beautiful Creatures only had a small window to deliver the video, Kweens described his approach by stating: “I was basically working alone, when I wasn’t on stage or performing on camera, I was behind the lens. When you have a deadline coming fast, it challenges you in every way, you have to think fast and move fast but by proxy, it forces you to venture creatively where you otherwise wouldn’t to deliver. In other words, do what ever it takes. In my opinion, adventure and spontaneity brings out the best many cases. We got some cheap old style Halloween masks, go-go dancers and just went for it. As for editing, that is the most fun for me, regardless of how much sleep I denied myself. In the end everyone involved delivered, and most importantly, had a fun time, which is what it is all about.”

With respect to the current status of the “Get You High” video, Kweens stated: “That’s a difficult question to answer. The “Get You High” video has had a lot of obstacles. It started off to be a really exciting experience that quickly turned into a an ongoing project that due to logistics and timing made it unfortunately impossible to have it ready when we wanted it. We are all hopeful that it will be completed and released at some point. Once the Halloween release was presented, it was obvious that “Straight To Hell” was the best choice all around to give “Deuce Deluxe” the right video for the right song, even if it meant me burning the candle at both ends, which is my lifestyle anyway.”

In regards to what Beautiful Creatures fans can expect next from the band, Kweens advised: “We are very excited announce that we just signed a worldwide deal for a limited edition vinyl pressing of “Deuce Deluxe“, which is going to be very cool. We are also currently working on new music, which we hope to release next year.”