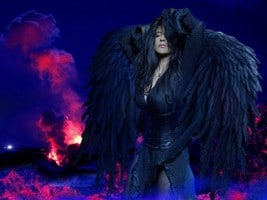 Benedictum And Jeff Pilson Team Up Once Again

Benedictum are proud to announce their continued collaboration with former Dokken bassist Jeff Pilson on the development of their next release via Frontiers Records.

The result will bring back the magic Benedictum and Jeff Pilson captured during their earlier releases from ‘Seasons Of Tragedy’ and their 2006 debut ‘Uncreation’.

This year, and 2013, will be an exciting year for Benedictum with the recent addition of new drummer Rikard Stjernquist — known for his exceptional talent in Jag Panzer for 25 years.

Jeff Pilson is best known for his extensive list of musicianship with legendary acts Dokken and Dio, and currently with Foreigner and producer for Adler’s Appetite.

Jeff Pilson states, “I’m very excited about producing the new Benedictum record. I’m very passionate about their music and love working with the band. V’s vocals, Pete’s guitars, the band’s energy and the songs are all something that are very close to my heart. This record will be their crowning achievement — of that I have no doubts!”

Benedictum was formed in 2005. After being noticed by Craig Goldy (Dio, Guiffria, Budgie) the wheels were set in motion and eventually lead to their debut CD ‘Uncreation’. Benedictum is Veronica Freeman (lead vocals), Pete Wells (lead guitar), Chris Shrum (bass) and Rikard Stjernquist (drums/percussion) — their discography includes ‘Uncreation’, ‘Seasons Of Tragedy’, and ‘Dominion’.