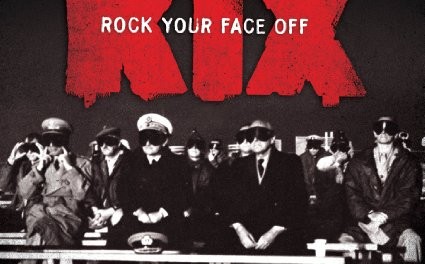 It is finally here… welcome to Sleaze Roxx’s tenth edition of its Top Ten Albums of the year!

I have to apologize for the delay in getting this out to you. 2015 has been a year of transition for Sleaze Roxx with the site’s founder and editor Skid stepping down after thirteen years singlehandedly and successfully running the site. The good news is that Sleaze Roxx is continuing and we have a new website to boot. Given the internal changes taking place within Sleaze Roxx, I felt that this was a good time to make EPs and live albums eligible for the Sleaze Roxx’s Top 10 Albums for 2014 as both types of records have traditionally been excluded from Sleaze Roxx’s year end best of lists. In addition, this acknowledges that more and more bands and/or artists are releasing EPs these days due to the music industry changing and more artists than ever funding their own records themselves.

There is no doubt that I have been unable to listen to all the great — and not so great — hard rock and heavy metal records that have come out in 2014 and therefore, I enlisted the assistance of Sleaze Roxx writer Mark Hovarth to compile Sleaze Roxx’s Top Ten Albums of 2014. There may well be some albums that have fallen through the cracks but that would likely be the case in every year! Without any further ado, welcome to Sleaze Roxx’s Top Ten Albums of 2014! 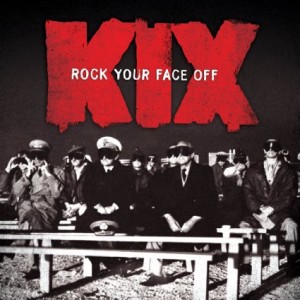 What is a band to do when they lose their chief songwriter who happens to also be their bass player? Easy… just find another bass player/chief songwriter! Kix replaced Donnie Purnell with musical dynamo Mark Schenker back in 2003 and Schenker is credited with songwriting on 10 of the 12 tracks of Kix‘s first studio record in nineteen years! In addition, Schenker is credited with engineering the album. With the release of Rock Your Face Off, Kix have proven that they are just as viable as ever to create and continue with their classic rock and roll sound.

Essential Tracks: “Wheels in Motion”, “Dirty Girls”, “Love Me With Your Top Down” 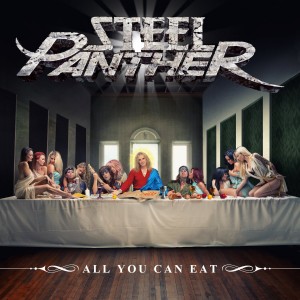 2. STEEL PANTHER – All You Can Eat
CD Review – Band Website – Buy The CD

Steel Panther may best be known for making a parody of heavy metal in the 80s with all of their jokes and sexual innuendos but the reality is that what most likely keeps them doing so well is their melody hooked filled music and their over the top lyrics. Steel Panther‘s studio record #3 All You Can Eat is no exception and sees the glam metal rockers continuing in the same vein as with 2009’s Feel The Steel and 2011’s Balls Out. It is therefore no surprise that Steel Panther have recorded their third top 10 finish in Sleaze Roxx’s year end tally and All You Can Eat is the band’s best charting effort in that regard! 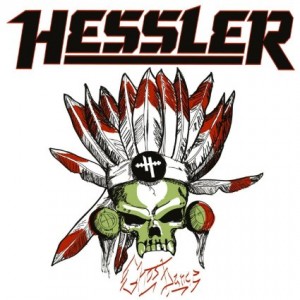 2014 provided a rather bleak ending for Hessler with critical line-up changes that left the band down to only two members. Earlier in the year, the Chicago based band released the stellar EP Ghost Dance that mixed old school 80s metal riffs and powerhouse Bruce Dickinson like singing. After lead singer Lariyah Daniels decided to relocate cities in early 2014, Hessler recruited San Antonio, Texas based Jessikill to front the band but within five months of Ghost Dance‘s release, she had left the band. A month later, drummer Derek Spiteri and guitarist Frankie Spirada had also left the group. Hessler are reportedly continuing with guitarist Igz Kincaid having taken over lead vocal duties but we are now halfway into 2015 with no new band announcement. 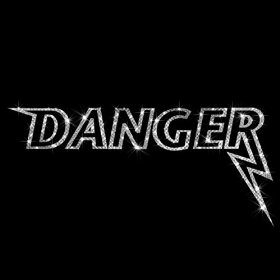 Danger simply deserve your attention. Not to be confused with the Queens, New York band Danger Danger, this little known Swedish band produced some of the biggest hooks and the largest melodies with their self-titled release. This album is the epitome of sleazy rock n’ roll with high production and pure infectiousness. If you’re a fan of 80’s inspired hard rock, you cannot get much closer than Danger. A well-deserved #4 release of 2014 that we hope the band will follow up on.

Essential Tracks: “D.C.A. Hollywood”, “Body to Body” and “Dance With The Devil” 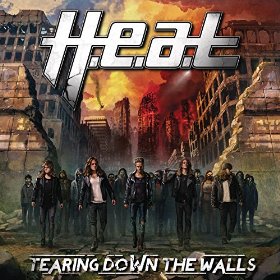 It seems that everything is falling into place for Sweden’s H.E.A.T.. After having lost their original lead singer two studio albums ago, the group is simply getting better with each release and with new singer and Swedish Idol winner Erik Gronwall leading the way. Tearing Down The Walls is that perfect combination of hard rock melodies and top notch vocals that will compel you to sing along throughout most if not all the album tracks. H.E.A.T.‘s latest studio release shows a band maturing, gelling and putting everything together at the right time.

Essential Tracks: “A Shot At Redemption”, “Mannequin Show”, “Enemy In Me” 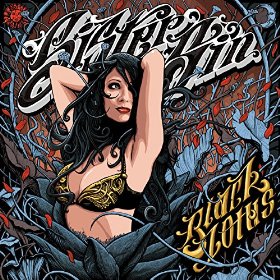 Despite losing their chief songwriter three studio records ago, Sister Sin continue to release one stellar record after another. Although the Swedish rockers never stray away too far from the formula that got them on the map with their second album Switchblade Serenades, they have arguably moved into a harder direction on Black Lotus with songs such as “Food For Worms” while exploring some new territories with tracks such as the acoustic ballad “The Jinx”. You have a recipe for greatness with powerhouse female lead vocalist Liv Jagrell leading the charge with an angry relentless metal music assault that still has lots of melodies. Sister Sin have now charted three out of their last four studio records onto Sleaze Roxx’s year end best of lists.

Essential Tracks: “Chaos Royale”, “Desert Queen” and “Count Me Out” 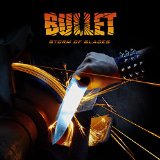 Another bulls-eye from Bullet with their 80’s metal influenced release Storm of Blades. Bullet‘s consistency in creating outstanding albums continues with this release and fans have been lapping it up since its release. Sleazeroxx’s album review quotes: ‘The addition of guitarist Alexander Lyrbo has obviously given Bullet a shot of adrenaline, and teaming up with longtime member Hampus Klang creates a pairing that could rival Judas Priest in their prime’.

Essential Tracks: “Storm Of Blades”, “Riding High” and “Hammer Down” 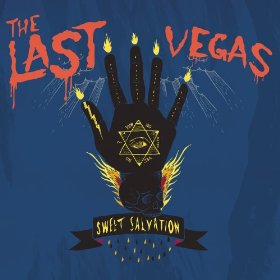 Throw in some classic Aerosmith, Led Zeppelin with a smidgen of Jane’s Addiction over the crisp clean vocals of Chad Cherry and you have a beautiful nine-track album called Sweet Salvation. Something tells us that if The Last Vegas were based in Europe rather than Chicago in the U.S., they would be signed to a major label with a following that would rival bands such as Hardcore Superstar and Volbeat. The Last Vegas are no strangers to Sleaze Roxx’s annual year end best of lists given that the band secured the #1 spot with their 2009 release Whatever Gets You Off. With Sweet Salvation, The Last Vegas prove once again that they are not a one trick pony and can deliver the goods time and time again.

Essential Tracks: “Touch The Sky”, “Come With Me” 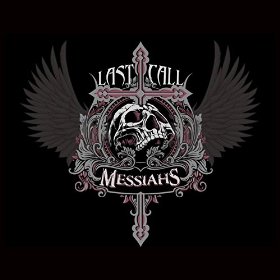 Last Call Messiahs are a band that is reaping the benefits from Sleaze Roxx now admitting EPs into its annual best of albums list. The North Carolina rockers’ self-titled debut may only contain four tracks but each song is shock full of sleaze, attitude and swagger, and the EP overall is an excellent example of less being more. Released during the last month of 2014, this gem of an EP would have surely been overlooked had Last Call Messiahs not been hand picked to play at the M3 Pre Party in Columbia, Maryland of this year. Judging by some of the new songs that the band played at the M3 Pre Party in April 2015, Last Call Messiahs may well be able to record a worthy follow up to their stellar self-titled debut EP. 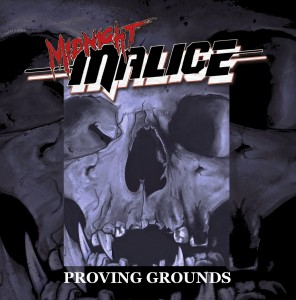 Settling on the last album to round out Sleaze Roxx’s Top Ten Albums of 2014 proved to be a very difficult task. The #10 spot has been unofficially held by at least ten different bands over the last month but I finally settled on the debut full length record from Toronto’s Bad Boys Of Metal… Midnight Malice. Released back in January 2014, Midnight Malice‘s Proving Grounds, with its old school metal sounds, predictably withstood many challenges over the year to land in Sleaze Roxx’s top records of the year. Unfortunately, Midnight Malice‘s line-up outside of frontman Caleb Beal and drummer Hunter Raymond has been in a state of flux for a good portion of 2014 and the band is apparently still looking for a second guitarist to round out its line-up.