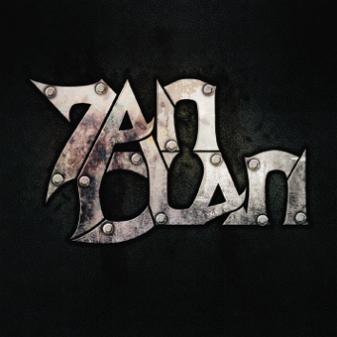 This year I decided to compile a list of my favorite albums of 2005. I was getting sick of hearing people say how much music sucks these days because once you look past what is being fed through the mainstream there are some incredible bands and albums out there.

I realize I have missed some bands (ok…LOTS), but I had to end this list somewhere. I also decided to limit this list to full-length releases of mostly new studio material (sorry to all those up-and-comers dishing out killer EPs…maybe you will make it here next year!). So these are the top ten albums for me this year, and what a great year for music it was.

1. ZAN CLAN – We Are Zan Clan…Who The F**k Are You??!
www.zanclan.com
Who The Fuck Are You indeed! The Zan Clan came from nowhere to release an album so fucking good that it is criminal that they aren’t household names. Former Shotgun Messiah frontman Zinny Zan and his partner in crime, guitarist Chris Laney teamed up to conjure up this classic. This album is slick without being heartless, melodic without being pussified and full-throttle from beginning to end. We Are Zan Clan comes across as Def Leppard with balls, and if there is a bad song here I couldn’t find it.

2. COWBOY PROSTITUTES – Cowboy Prostitutes
www.cowboyprostitutes.com
These Swedish upstarts came close, damn close, to getting album of the year. They are young, angry, and rough around the edges – but what they have works like a charm. Arguably they could be the linear champions to the sleaze metal throne, because I can’t think of any gutter dwellers that can touch the Cowboy Prostitutes at this point in time. This CD came out in January, and finding a copy of it may be next to impossible, but maim, murder and kill if you have to in order to get it into your hands.

3. BIG COCK – Year Of The Cock
www.bigcockrocks.com
Big Cock brought fun back to rock’n’roll in 2005 and also the over-the-top excessiveness of vintage hair metal. The ads may have been predictable yet funny (“Get your hands on Big Cock”, “The hardest band in the land”, etc) and the album packaging was sparse at best, but the music made up for it in spades. Rockers, ballads and oddities flushed out Year Of The Cock and established the act as a more mature and more talented version of Metal Shop. Who better to usher in the return of cock rock then former members of King Kobra and Lynch Mob?

4. ALICE COOPER – Dirty Diamonds
www.alicecooper.com
With a career that spans over 35 years, it amazes me that Alice Cooper hasn’t become a heavy metal casualty let alone being able to release relevant music. He may have been upstaged in the shock rock world by bands that have taken his blueprint to even more outrageous limits, but not one of them can touch the master musically. Stripped down and returning to his garage rock roots, Alice Cooper unleashed his most satisfying album in eons. Dirty Diamonds contained the horror, humor and sound that made Alice everyone’s favorite outcast many years ago.

5. JAKE E. LEE – Retraced
www.jakeelee.com
Retraced was just a covers album, but it was notable for two reasons. One, these renditions of mostly obscure songs kicked ass, and two, Jake E. Lee finally emerged from his self imposed hibernation. After almost a decade out of the spotlight Lee returned with some respected musicians and showed everyone willing to listen that he still had his chops. This album should have been named Returned, but regardless, a world with Ozzy Osbourne‘s most underrated guitar slinger is better then one without.

6. THE MATLOCKS VS. THE ROCK UNITED – Rumble On The Tundra
www.matlocks.net – www.therockunited.com
No album surprised me as much as Rumble On The Tundra. I had heard The Matlocks before and thought they were good, but not great. But on this release they proved otherwise, and I figured they would completely overshadow the other band on this split album. But The Rock United proved to be their equal in everyway, as their side of this independent gem featured one of the best voices and best songs of 2005. I lost several weeks of my life replaying this one.

7. BALLBREAKER – Hangman’s Tree
www.ballbreaker.net
Everyone should know by now that AC/DC clone bands always get me excited. Ballbreaker fits in perfectly with legends like Dirty Looks, The Four Horsemen and Johnny Crash in bringing three-chord boogie to the beer drinking public. This is a formula that never gets old.

8. AMERICAN DOG – Scars-N-Bars
www.americandog.us
2005 saw the maturing of American Dog, however maturity to them amounts to your alcoholic uncle going from a 24 a day to an 18 pack. Sleaze guru Michael Hannon (formerly of Salty Dog and Dangerous Toys) decided to move his band away from the typical alcohol and sex themes and instead focus on alcohol, sex and a couple other things!

9. L.A. GUNS – Tales From The Strip
www.laguns.net
One of sleaze rock’s most innovative and most successful bands, L.A. Guns returned in 2005 to show the youngsters how it was done. Tracii Guns may have been missing, but new gunslinger Stacey Blades held his own with this revamped line-up. Tales from the Strip may not be the group’s shining moment, but who could actually top a classic like Cocked & Loaded?

10. MR. NASTY – Ain’t Dead Yet
www.thehardline.net
This one slipped down the ladder because it only contains five new songs (although everything was re-recorded), and I wasn’t even sure if it fit the criteria I outlined above. But Ain’t Dead Yet is close enough to qualifying, and it is also a great Faster Pussycat meets Aerosmith sleaze album. Plus the boys get bonus points for the best album artwork of 2005.