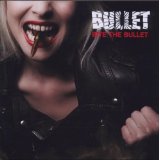 Another year has come and gone, which leads to the fourth annual Sleaze Roxx Top 10 list.

As the CDs started pouring in this year I began to get the feeling that there were lots of good albums coming out, but only a few really great ones. It wasn’t until I started compiling this list that I began to realize how much great music actually was released in 2008. Of course the bands that received the most press were the long-awaited returns of Guns N’ Roses, AC/DC, Motley Crue and Whitesnake, not to mention new albums from Alice Cooper, Buckcherry, Dokken, White Lion, Dirty Looks and countless others. In terms of the sheer volume of new releases from established bands, 2008 ranks right up there.

For me though, like other years, it was the newer and lesser known bands that seemed to pave the way. Many of them played with an intensity that only a younger group of musicians could muster. Which leads me to my picks for the Top 10 albums of 2008, knowing full well that many of my favorites just fell short of making the grade, and thus making this list the most difficult to compile of any of my year-end write-ups.

Don’t forget to check out the Sleaze Roxx Top 20 Reader’s Choice for 2008. 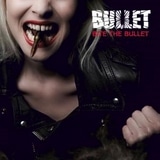 Am I becoming too predictable? Last year Airbourne topped my list of best albums, and this year it is Bullet, a band with a similar style and attitude. However this Swedish band is much rougher around the edges than Airbourne; rawer, meaner, nastier and probably not as accessible to the average fan. But it is their rawness that makes them so great, as they power through metal anthems that would have been at home in the metal dominated 1980s.
Essential tracks: Pay The Price, Bite The Bullet, Dusk Til Dawn 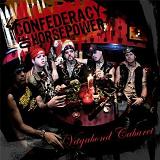 This website was created solely for bands such as Confederacy Of Horsepower, groups that are always on the outside looking in. These California rockers are never going to achieve multi-platinum success, but music like this isn’t supposed to. This is the sound of the underground, the sound of hard work and bloody tears, the sound of integrity! Throwing a Zodiac Mindwarp cover into the mix, and actually doing it justice, was just icing on the cake for this flawless slab of dirty rock.
Essential tracks: Hellbound And Hateful, Bangkok And Back, Thunder Alley 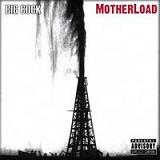 Coming out so early in the year may have made some people forget about Big Cock, the band with the name that makes writing about them way too easy! But I’m going to skip sexual innuendos this time as this Arizona band makes their third appearance on the ‘Sleaze Roxx Best Of’ lists. With vocalist Robert Mason now fronting Warrant I’m unsure of what the future holds for these guys, but it would be an absolute shame if this was their swan song. All too often these ‘joke’ bands fall limp (so much for the innuendo comment!), yet Big Cock seems to have an endless supply of humor infested rock music in their repertoire.
Essential tracks: Built For Speed, Breaking My Balls, Road To Ruin 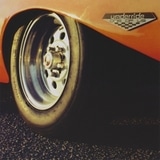 4. UNDERRIDE – One Of Us
CD Review – Band Website – Myspace Page – Buy The CD

Readers of Sleaze Roxx should know by now that new music isn’t my cup of tea. That was until I heard this album from Seattle’s Underride, which masterfully combines old and new. It results in a sound that is both fresh yet reliable. It’s criminal that Seattle will be remembered for spawning endless grunge bands when true rock like Underride has displayed on this album will be largely ignored. I hope these guys stick to this winning formula on upcoming releases, if they do people won’t be able to ignore them forever.
Essential tracks: Road To Nowhere, Candy Girl, Lights Off Baby 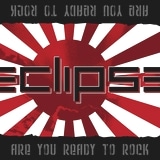 There is nothing in the rock ‘n’ roll manual that says a band has to be original, and when you release an album as good as this the point becomes moot. No band captured the sound of the decadent 80s as well as Sweden’s Eclipse did this year. You could take the best of the music we all love, the endless guitar riffs, the larger than life melodies and flawless production, mix it all up in a blender and this is what you would get. And it isn’t just that this four-piece managed to successfully recreate a classic sound, but they did it with consistency throughout the CD.
Essential tracks: Breaking My Heart Again, Hard Time Loving You, Million Miles Away 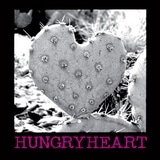 I could have copy and pasted my feeling towards Eclipse right here. The two bands have so much in common and I kept bouncing back and forth between which was better. I finally had to make a choice, but it is fair to say a tie is in order. Who would have expected Italy to churn out such a classic melodic rock sound, and while I see more and more bands coming out of that country, for my money Hungryheart is at the top. I had this CD for months yet had trouble finding the words to review it myself, but I found I kept coming back to this album, like a dear old friend.
Essential tracks: The Only One, Hard Lovin’ Woman, River Of Soul 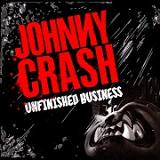 Remember Johnny Crash? 2008 saw them release their second album, even though it was recorded in the early 90s. But the old adage of ‘better late than never’ rings true here as the group offers up another slab of AC/DC inspired hard rock. The record label bosses that made me wait close to twenty years for this album to finally come out should be shot, or better yet, forced to listen to Celine Dion until their ears bleed. No wonder the music industry is so screwed up these days, as Unfinished Business shows, labels sometimes don’t realize what kind of gems they are sitting on.
Essential tracks: Damnation Alley, Ditch The Bitch, Mama Don’t Care (What She Don’t See) 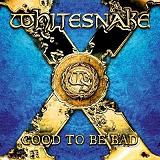 I can’t help but wonder how Whitesnake‘s career would have unfolded if Good To Be Bad was the follow-up to their 1987 blockbuster. Waiting over twenty years for the band to get back on track is a long time, but it was refreshing to hear an established band recreate the sound that made them famous in the first place. All too often groups return and end up being a shell of their former selves, but David Coverdale returned with a vengeance and took a step back into time. Who says magic can’t be performed twice?
Essential tracks: Good To Be, All For Love, Lay Down Your Love 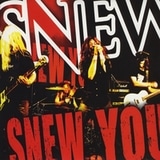 Jackyl‘s Jesse James Dupree returned this year with a solo album, but while he was fiddling between rock and country a young band stepped into the picture to steal his thunder. Hollywood seems like an odd place for a band such as Snew to come to life, as you’d expect music like theirs to feel more at home in the dark corners of Texas. Regardless of where the music originated, the outcome is the same; southern sleaze with attitude that takes no prisoners. You just know that a band like Snew would deliver in front of a rowdy drunken crowd.
Essential tracks: Stand Up High, Snew You, Kick Me Over 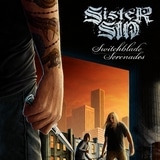 I’ve watched Sister Sin mature in leaps and bounds over the years to become one of the premiere female fronted bands in metal today. The entire ‘beauty vs. control’ power-struggle that drives their music makes for a very unique approach. The fact that vocalist Liv is hotter than hell is just icing on the cake. Now the question is, can the band keep pushing their way to the top with the loss of their main songwriter? The Sister Sin saga will be an interesting one, but until that plays itself out, there is always Switchblade Serenades.
Essential tracks: One Out Of Ten, Hostile/Violent, Beat The Street