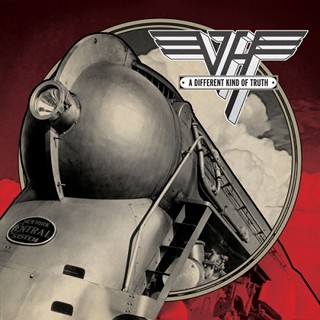 For the seventh consecutive year Sleaze Roxx readers have voted for their favorite albums of the past year.

This year’s contest proved that there are endless bands vying for listener’s attention these days, as more albums received votes this year than any other. With close to 400 different albums being named as fan favorites, votes were spread out like never before. It just goes to show that hard rock alive and well with several established acts and endless newcomers trying to make their mark on a crowded scene. As with other years, a first place vote resulted in 5 points for the album, second place received 4 points and so on, resulting in the Top 20 list you see before you.

Thanks again to everyone from around the world who voted and be sure to check out the Sleaze Roxx Top 10 of 2012 for even more great music.

Music fans waited a long time for a full-length studio album from Van Halen and original vocalist David Lee Roth, and after several failed attempts the legendary rockers finally reunited. The resulting album, A Different Kind Of Truth, perfectly captured the swagger that made Van Halen one of the most successful hard rock acts in history — not surprising when you consider the reunion effort was essentially a collection of songs written decades earlier. Rehashing old ideas obviously worked this time around, but the real question is what can Van Halen produce in terms of new compositions in the future — before the love affair with Diamond Dave wears off? 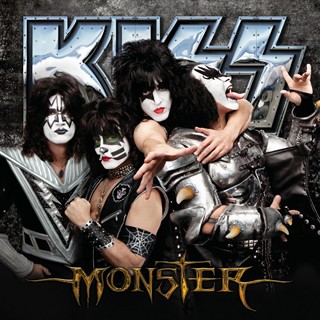 In 2009 KISS destroyed the competition on their way to claiming the #1 spot on the Sleaze Roxx Reader’s Choice Awards, so I fully expected them to become the website’s first repeat champions with Monster. The competition this year must have be too great for the massive ‘KISS Army’ to overcome as the band’s percentage of votes dropped from an impressive 40% to 25%. Regardless, KISS continues to succeed with a rabid fan base and sold-out tours across the globe. In the end Monster proved to be a welcome addition to the KISS discography, which is one of the biggest and most successful in rock history. 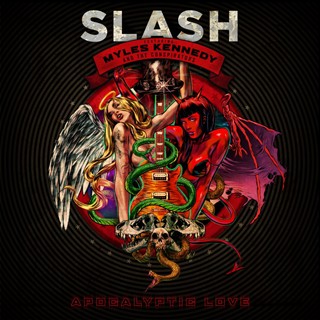 On his second solo album Slash discarded the guest vocalist approach and handed the microphone to Myles Kennedy. The stable band idea obviously worked for the former Guns N’ Roses guitarist as Apocalyptic Love once again charted within Billboard’s Top 5, this time without the help of a raunchy music video. By keeping busy with such consistent efforts Slash is making it easy for fans to forget about both Guns N’ Roses and Velvet Revolver. There is no denying that, at the moment, the hat wearing and Hall Of Fame inducted guitarist is the most popular former member of the genre altering Los Angeles bad boys. 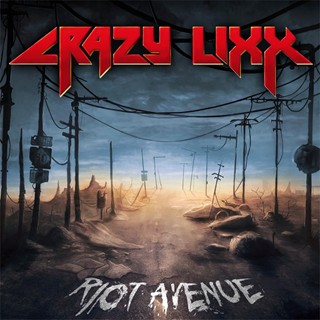 Making their third appearance on the Reader’s Choice Top 20, Crazy Lixx have clearly become fan favorites over the years. With Riot Avenue, their second release on a major label, the Swedish rockers were finally able to perfectly mix their pop-rock sensibilities with their heavier roots. The result was arguably their strongest disc to date, one that also reached the Sleaze Roxx Top 10 and was obviously the year’s pinnacle in the crowded Swedish sleaze scene. Bands such as Crazy Lixx continue to restore my faith that the hard rock genre is alive and well. 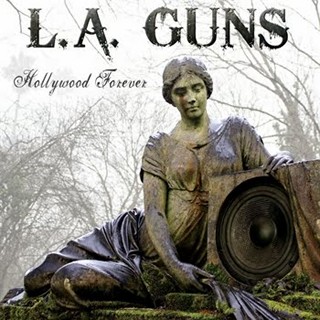 Seven years in a long wait between studio albums, but in the case of L.A. Guns the motto of ‘better late than never’ comes into play. We all know the drama surrounding these sleaze veterans, and despite their moniker being dragged through the mud for several years the Phil Lewis fronted version of the group finally reigned supreme in 2012 with Hollywood Forever. L.A. Guns managed to sound hungry again while adding a few more classics to their vast repertoire — perhaps feeling as if they had something to prove. 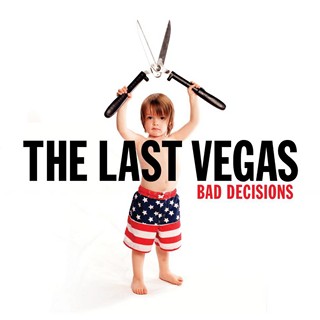 By teasing everyone with a five-song EP in late 2011, the anticipation for The Last Vegas‘ full-length brewed for close to a year. When Bad Decisions was finally offered to the general public expectations were high, but the Chicago-based rockers delivered the goods once again. Through their music they proudly display their ’80s influences yet aren’t satisfied with strictly rehashing old ideas. The result is the perfect blend of new and old while giving The Last Vegas their own trademark sound — making them another fresh band to keep an eye on. 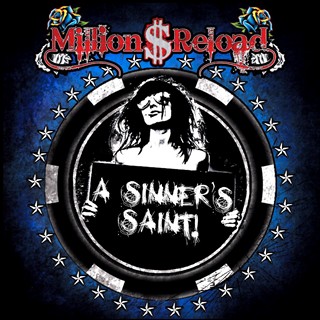 Obviously I wasn’t the only one that loved Million Dollar Reload‘s sophomore effort. A Sinner’s Saint topped the Sleaze Roxx Top 10 and fared exceptionally well with readers — throw in a major label deal, and 2012 clearly turned into a break-out year for the Irish rockers. At their core is the three-chord attack of AC/DC, but they are far too sophisticated in their approach for such general comparisons. Ample amounts of energy and attitude begin to describe Million Dollar Reload‘s sound, but to truly do the band justice you have to hear them for yourself. 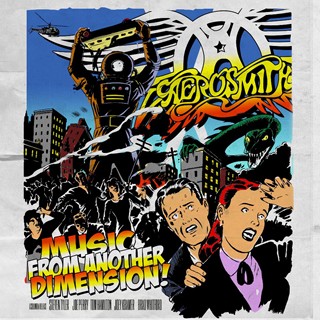 Opinions on Aerosmith‘s latest album seemed to be polarized with some hailing it as a gem and others discarding it as trash. There is no denying that Music From Another Dimension was an eclectic collection of tunes far removed from the group’s ’70s heyday although listeners that loved their later material were more likely to gravitate towards this disc. Like KISS, Aerosmith have a storied past to live up to which can be both a blessing and a curse. Obviously music fans felt there was enough killer material on Music From Another Dimension to make it a worthy addition to this list. 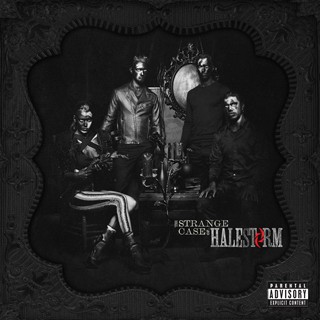 For a band that has rarely been featured on the website the addition of Halestorm came as a surprise. Being unfamiliar with the American band, aside from the fact they are fronted by a female, I really can’t comment on their music. That’s one of the best things about compiling the Reader’s Choice Top 20 — sometimes there are groups that have slipped by my radar, and seeing as so many readers raved about Halestorm I’m going to have to correct that oversight. 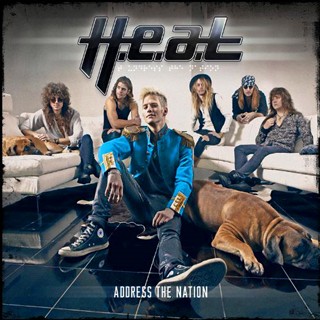 Making their second appearance on the Top 20 is H.E.A.T., the new Gods of AOR. With a highly polished delivery, rounded out with a heavy dose of keyboards, these Swedish rockers have the sound that made several musicians household names in the late ’80s. Can a young AOR band reach that type of success today? Probably not, but if anyone can it will be H.E.A.T. as the band have already triumphed over the adversity of finding a new vocalist for Address The Nation. 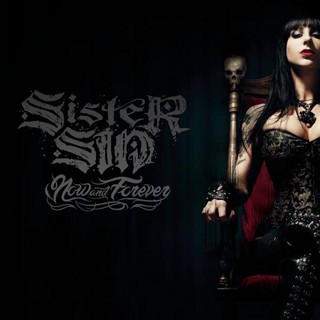 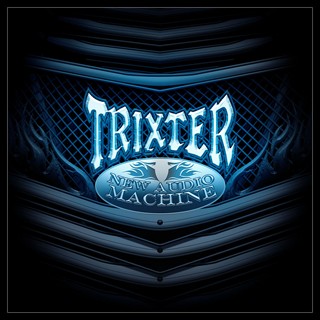 After a hiatus of close to twenty years, Trixter finally returned with a brand new studio album of original material. The New Jersey rockers first made waves during hair-metal’s waning moments in the early ’90s, and while some blame bands such as Trixter for the genre’s demise you can’t help but be drawn into their sing-along choruses and syrupy harmonies. New Audio Machine was a more mature release than previous efforts but the infectious pop-rock delivery remained and pleased fans of melodic rock and party hardy up-tempo hard rock. 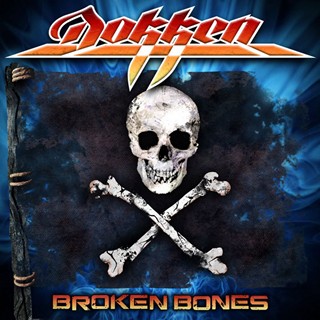 With Dokken, Lynch Mob and offshoot T&N all releasing new material in 2012 I was curious to see who would win the battle. Obviously Don Dokken and company came out victorious, being the only one of the three bands to reach this Top 20 list. To say Broken Bones rivals the hair metal band’s greatest material may be a bit of a stretch, but it contains all the trademark elements that made Dokken a platinum selling band in the mid-’80s. If this is in fact the final Dokken album, so the rumors go, the group can take pride in going out on a high note. 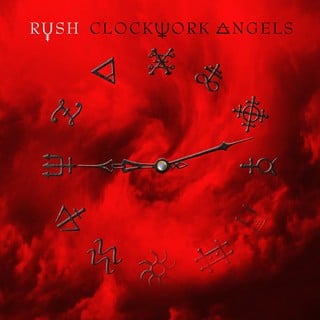 The most successful power trio in history returned in 2012 with a new album and finally got elected into the Rock And Roll Hall Of Fame. So it is no surprise that the progressive Canadian rockers were a hit with readers as Rush albums always perform exceptionally well. The band’s output is usually highly regarded and their success is as close to a ‘sure-thing’ as you can get in today’s music business. Clockwork Angels reached #2 on the Billboard charts, equaling the group’s highest ever position and proving that Rush won’t be going away anytime soon. 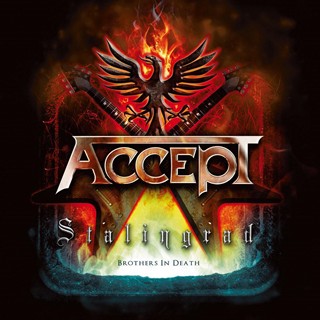 Accept made noise in 2010 when they returned to the metal scene with new vocalist Mark Tornillo. Replacing the diminutive Udo Dirkschneider was no easy task, but the critical acclaim garnered by Blood Of The Nations gave the German musicians a new lease on life. The follow-up album Stalingrad continued right where their previous album left off, and while the hype surrounding the heavy metal legends quieted slightly, Tornillo continued to prove that he is more than capable of taking the band forward in the coming years. 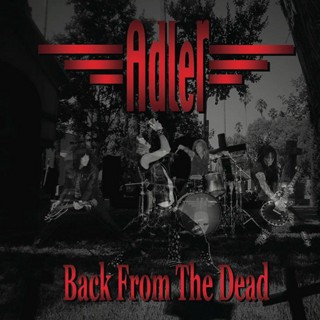 Steven Adler has been his own worst enemy over the years, struggling with drug and alcohol addiction, but he is the type of down-on-his-luck musician that you can’t help but wish the best for. His days of playing stadiums to countless screaming fans as Guns N’ Roses‘ drummer are long behind him, yet his new band simply titled Adler is arguably the highlight of his fledgling solo career. With some hungry young guns playing in front of him and a guest appearance by former bandmate Slash, Back From The Dead is an album that lived up to its title. 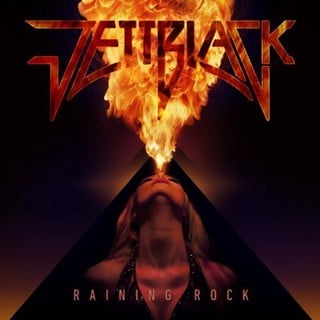 Jettblack are a relatively new band that are already making waves with two impressive releases. Raining Rock follows 2010’s Get Your Hands Dirty and continues right where that debut album left off. The duel vocal attack of Will Stapleton and Jon Dow adds a unique twist to these UK rocker’s delivery and so far it has worked like a charm. Jettblack are yet another of these young hard rockers that are putting their own spin on the genre and in the process making rock ‘n’ roll exciting once again. 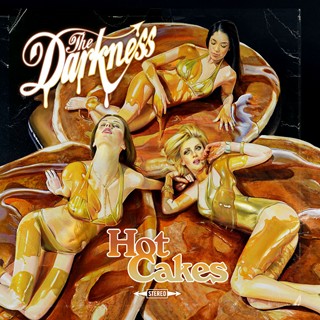 The Darkness‘s commercial peak may have died when they disbanded a few years back, but judging by the reception to their reunion album Hot Cakes they still have a loyal fan base. Respect for the band obviously begins and ends with frontman Justin Hawkins‘ unique wail — some people love it and others feel the squeal of chalk on a chalkboard would be less annoying, but you have to give the group props for originality. Now the question is, can The Darkness stick together and capture lightning in a bottle for a second time? 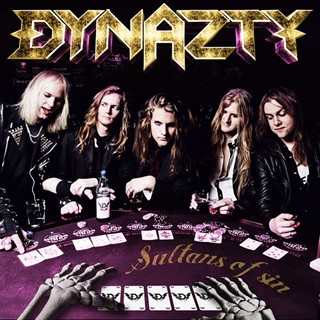 When I view the Sleaze Roxx Top 10 I always focus on one band that I omitted — Dynazty. It wasn’t that I forgot about the Swedish rockers, but someone had to miss the cut and unfortunately this time it was Dynazty. Thankfully the website’s faithful readers didn’t make the same oversight and gave the band their rightful due. Essentially Dynazty perform an over-the-top style of melodic rock with much bigger balls than that genre usually possesses — the result is a sophisticated and picture-perfect sound. 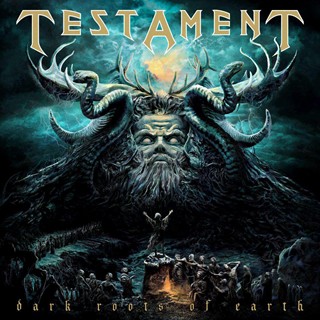 It seems every year Sleaze Roxx readers show their diversity by selecting a band that really doesn’t fit within the website’s scope. No group stood out from the pack in this year’s voting like Testament, the long in the teeth thrash band from California. My days of listening to thrash metal ended in high-school, but Testament was in regular rotation back then along with the other ‘Big 4’ — showing just how long these metal legends have been on the scene, and also how old I’m getting!