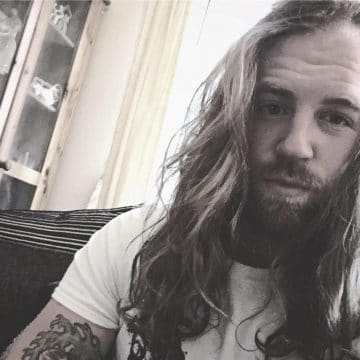 After careful consideration and deliberation, we’re INCREDIBLY excited to officially introduce you to our new lead vocalist, Sean Seabrook. We have been working very hard behind the scenes over the past few weeks to find the right person for this role and we’re ready to push forward with Sean. We’re all feeling very positive and excited about this new phase together!

Quote from Sean: “First of all I would like to say thank you to the lads for allowing me to be a part of the family. I’ve been a fan of Bigfoot for some time and to now be a working part in the machine is a true honour, I can’t wait to see what the future holds for us as well, what I can bring to the band. I know I’m right in saying we’re all itching to get out on the road together, personally I can’t wait to take the stage fronting this band and meeting all of the fans. See you all soon!”

All shows from September onwards will go ahead as planned and we hope that you can come be a part of the next chapter for Bigfoot.

We would also like to take this opportunity thank all the vocalists that took the time to apply and wish all of them the best of luck in the future.”

SwitchBlade City‘s “Biography” on their Facebook page states in part: “SwitchBlade City is a hard rock band from Northamptonshire, England. They burst onto the live circuit in early 2016 with their groove laden rhythm section, soaring vocals and searing guitar solo’s. The band are paving their own path towards generating a sound that can captivate and win over any audience. You won’t find a still head in the house when the boys roll through!

SwitchBlade City released their debut EP ‘Favourite Act of Sin‘ in January 2017 and debuted their lead single ‘Dead Behind The Eyes’. The band then travelled from one end of the country to the other with acts such as BigFoot, Hell’s Gazelles, Holding Absence and more to boot (and played a few shows along the way for good measure!). The year was topped off with the band winning the Northamptonshire Metal to the Masses, which lead to their performance at the prestigious Bloodstock Open Air 2017.”

‘Guilty’ from the debut EP ‘Favourite Act of Sin’. Shot and edited by Josh Darko at Darko Media. All rights reserved by SwitchBlade City.