Sad news for UK rockers Bigfoot‘s fans as the group is parting ways with its lead vocalist Antony ‘Ant’ Ellis with no new singer yet in place. Bigfoot had released their debut self-titled full-length album via Frontiers Music Srl back on October 13, 2017. Prior to that, the group had released two EPs respectively in 2014 and 2015. 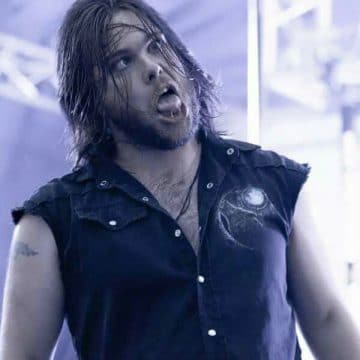 Sad news from the Bigfoot camp…after nearly 4 years, singer Antony ‘Ant’ Ellis has made the decision to move on from the band for personal reasons.

Ellis states, “I’ve decided I needed this simply for my overall happiness. I wish the lads all the luck in the world and I’m sure they will find a suitable replacement. Don’t worry, I’ll not be disappearingoff the face of the earth and will be getting to as many gigs as I can to see you all. With love my friends/family – Ant”.

A statement from the band includes, “We would like to wish Ant the best of luck with his future and all that he pursues. As for us, we are looking to the future with positivity and have made the decision to continue the vision that we originally set out to create with the band. We hope all the fans, friends and colleagues we have met along the way will see this as a respectful parting of ways in this amicable decision. Sam, Tom, Mick & Matt”.

At present time there is no new singer in place but the band will be hard at work sifting through suggestions and resumes. Bigfoot will continue with plans for the next album and upcoming dates.”