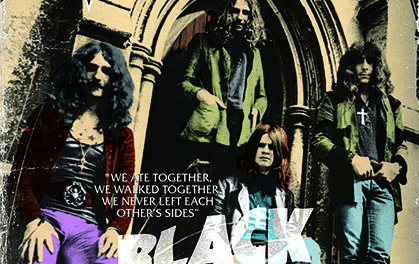 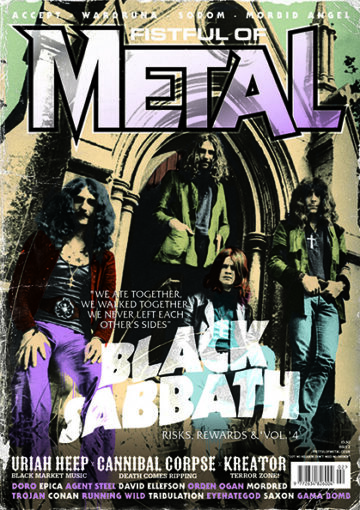 The following is an excerpt from the article / interview:

“Stories are legion about Black Sabbath’s recreational escapades during the recording of ‘Vol.4‘ in Los Angeles in the spring of 1972, not least well-documented reports of industrial quantities of cocaine being shipped to the studio on a regular basis. Back in the present day, however, original Sabbath drummer Bill Ward has been stone cold sober for more than thirty years and has absolutely declined to discuss any of the more nefarious activities that took place during the recording sessions. To be fair to him, he has a point: as you listen to stripped down out-take versions of ‘Wheels Of Confusion’, ‘Snowblind’ and the rest, Black Sabbath definitely do not sound like a band struggling to hold it together. Instead, as Bill politely points out, they had spent so much time playing together over the previous few years that, coke habits or not, Black Sabbath were absolutely unstoppable by 1972.

“A lot of work had taken place by that point,” he states. “We’d actually been in Europe too, and we were touring, always very busy. We’d been all over Europe, we did stints in Hamburg, in late ’68 and all through 1969. We had a hit record with ‘Black Sabbath‘ so that kind of made things a bit blurry, but we toured for three years, straight through to 1972, so we’d been on the road for all that time. Along the way we’d stopped into the studio and made three records, which was pretty amazing, and we even did our first American tours.”

You can check out more about the Fistful of Metal UK magazine via its website.