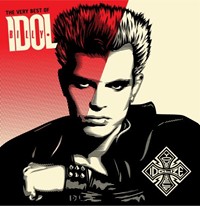 Billy Idol has been announced as the latest addition to the 2010 Sweden Rock Festival taking place at Solvesborg in the south of Sweden on June 9 to 12. Tickets are available on the festival’s website, www.swedenrock.com.

If you think the 80s were devoid of raw, sexy and dangerous rock ‘n’ roll, you obviously missed out on Sir William Broad, a.k.a. Billy Idol. Billy got a minor break with 70s-punks Generation X, but it was his second solo-LP “Rebel Yell” (1983) that made him a million-selling star. Throughout the 80s, he remained one of the most popular artists of the era, gaining numerous huge hits: : “White Wedding”, “Rebel Yell”, “Eyes Without a Face”, “To Be a Lover”, “Sweet Sixteen” and “Cradle of Love”, to name but a few. After the colossal flop of industrial experiment-album “Cyberpunk” (1993) Billy retired to relative obscurity for many years, save a few appearances such as playing himself in the movie “Wedding Singer” (1998) – to great public acclaim. In 2008 he finally returned to the big stages full-time, touring the world with Def Leppard. And now one of the most notorious, and beloved bad boys of rock is back for real – to finally debut at SRF.

Only show in Sweden!

Tickets on sale now at: www.swedenrock.com