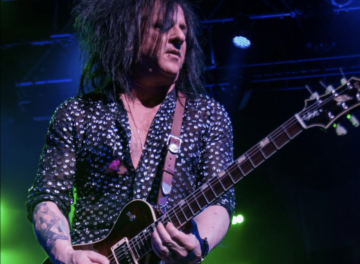 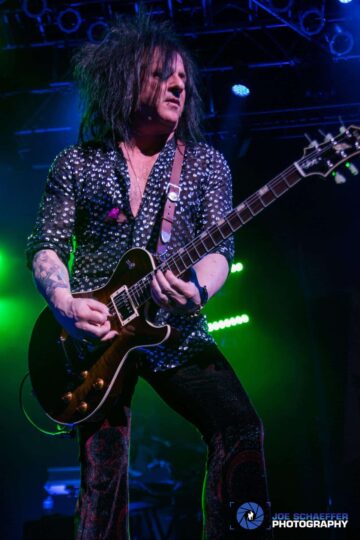 With the very sad worldwide news yesterday that guitar legend Jeff Beck passed away at the age of 78, Billy Idol‘s long-time guitarist and former Vince Neil band member Steve Stevens took that opportunity to give some advice on how to become a guitar hero.

The following message was posted by Stevens on his Facebook page on January 11, 2023:

“With the passing of Jeff Beck folks are asking….will there be a new generation to birth a new guitar hero? I have a suggestion. Put down the phone, forget about posting and join a band. Book yourselves into the shittiest bars possible. Play those holes for years, and years. Then see where you are at. Beck joined the Rumbles, a Croydon band, in 1963 for a short period as lead guitarist, playing Gene Vincent and Buddy Holly songs. That’s how it’s done. No shortcuts. Same as EVH who played every backyard party, school, and eventually clubs to hone his craft. By the time i was 17, i was playing three nights a week in nightclubs. I would not have traded that training for the world.”

Bon Jovi guitarist Phil X also echoed the same thoughts in that regard with the following comment:

“that’s perfect advice for the peeps starting out. i was also doing 3 x 45’s a night & would still play until i fell asleep. hours upon hours. THE BEST SCHOOL!!” 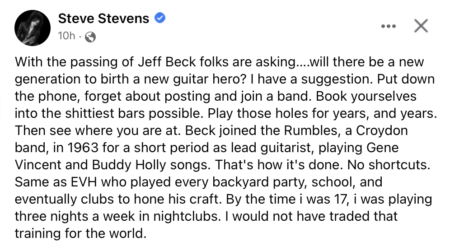