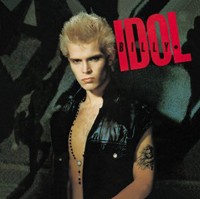 Following his overseas appearances of major European festivals, British singer-songwriter and rock icon BILLY IDOL will hit the road with a six-week U.S. tour kicking off August 5 in Washington. Tour stops include Los Angeles, New York, Chicago, Atlanta, Dallas and Las Vegas, among others. For this tour, IDOL will be joined by his longtime guitarist Steve Stevens, Stephen McGrath on bass and Derek Sherinian on keyboards as well as his recently announced new bandmates: acclaimed guitarist Billy Morrison and drummer Jeremy Colson. This tour marks the legendary rocker’s first U.S. tour since 2008.

On these dates IDOL will be performing classics from his storied career. As leader of the group responsible for starting a youth cult, Generation X, he was one of the original British punks who gave the rock establishment a good kick up the arse with such classics as “Ready, Steady, Go,” “Wild Youth,” “Your Generation” and “Dancing With Myself,” the latter of which marked the transition to IDOL’s solo career when it appeared in remixed version on his 1981 DON’T STOP EP. Other show-stoppers will likely include hits from the Grammy and MTV nominee’s multi-platinum selling career including “Hot In The City,” “White Wedding,” “Eyes Without A Face,” “Flesh For Fantasy,” “To Be A Lover” and the #1 smash “Mony Mony.”