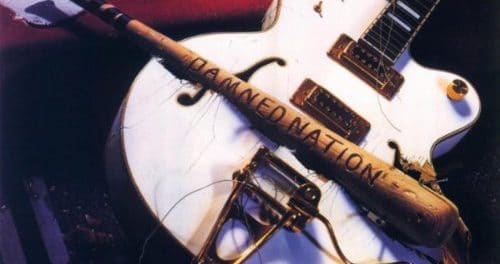 Jetboy guitarist Billy Rowe was recently interviewed by Larry Metro for KNAC and spoke about the band’s debut album Feel The Shake, which was reissued a few years ago as a deluxe edition by Rock Candy Records. 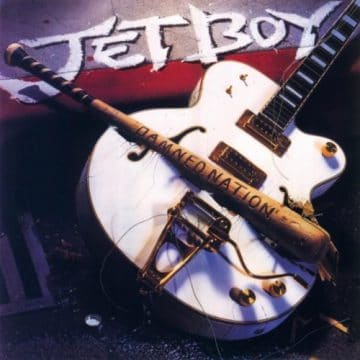 Rowe was asked whether there had been any thoughts on having Jetboy‘s sophomore album Damned Nation remastered and get the deluxe treatment. Damned Nation was released back in 1990. Rowe replied (with slight edits): “When we were working on the interviews used for the expanded liners for Feel The Shake, I pitched it to them! I said, “Hey guys, how about we do the same with the second record?” They were interested, but nothing has been confirmed, we’ll see what happens moving forward. I’d love to do a remaster of Damned Nation as well. Who knows? Maybe, with a little more exposure with our new album coming out, we might move up on the priority list.”

In terms of his thoughts on Damned Nation, Rowe advised: “Yeah, that record…I wouldn’t say we were polished, but more focused as a band. I think at that point we knew what we were and want we wanted to become as a band. Thinking back, I think we had the sound of the band locked in. There’s no question that we had grown a lot between Feel The Shake and Damned Nation. I think the production was a little grittier, there was more dirt and meat in it. I think that’s more of what we wanted Feel The Shake to sound like.”

You can read the rest of the interview with Billy Rowe at KNAC.