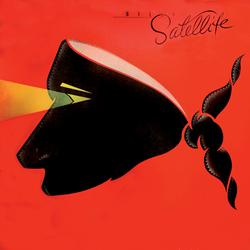 Rock Candy Records (www.rockcandyrecords.co.uk) have announced the release of reissue CDs by Billy Satellite and i-Ten.

Originally released in 1984, the curiously named Oakland based Billy Satellite may not have set the charts on fire but did manage to register high on the AOR Richter scale. Led by the supremely talented Monty Byrom (who went on to form successful country rockers Big House) and featuring super hot guitarist Danny Chauncey (later to join .38 Special) the band enjoyed a moment in the spotlight when tracks such as ‘Satisfy Me’ and ‘I Wanna Go Back’ (covered successfully in 1986 by Eddie Money) achieved wide spread airplay. Sadly, like so many other artists, the initial blast of enthusiasm was not sustainable leaving BS floundering amidst a sea of competition, tied to a label unable to focus on their strengths and accomplishments. Although the band’s initial success was severely frustrated, their legacy, over the years, has continued to grow with many AOR fans citing this album as one of the greatest records of its kind. Time, we think, to take another listen to this bonafide melodic rock classic.

24-bit remastering from original source tapes, 4,000 word story of the making of the album by Dave Reynolds, exclusive interview with Monty Byrom, previously unpublished photos, all spread out over a super 12 page full colour booklet. 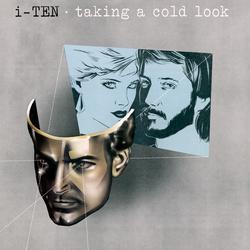 The Kelly/Steinberg song writing team were amongst the most successful of the 1990’s but, like many others, their beginnings were humble and shrouded in obscurity. i-Ten’s ‘Taking A Cold Look’ may not have made much of an impact when first released but its arrival signalled a seismic shift in the world of pop and rock. It was the recording debut as a duo of two of the world’s most successful songwriters, a record that came and went in the blink of an eye but containing some of the most impressive songs and musical arrangements of all time.

Produced to pin-point perfection by Keith Olsen (Fleetwood Mac, Foreigner etc), together with Toto guitarist Steve Lukather, the tracks display a healthy appetite for the kind of super glossy hi-tech sound employed by Toto, Steely Dan and Journey; high grade AOR of the finest variety. However, it’s Steinberg and Kelly’s songs that provide the bulk of the cake – songs later covered by the likes of REO Speedwagon, Honeymoon Suite and Heart (‘Alone’ was a #1 hit US single). ‘Taking A Cold Look’ is recognised by those in the know as one of the most complete works of the era and one deserving full reappraisal.

24-bit remastering from original source tapes, 4,000 word story of the making of the album by Dave Reynolds, exclusive interview with Billy Steinberg, previously unpublished photos, all spread out over a super 12 page full colour booklet.