In his recent interview with All That Shreds, current Mr. Big and The Winery Dogs and former David Lee Roth bassist Billy Sheehan addressed the possibility of a reunion of the David Lee Roth band line-up — Roth, Sheehan, guitarist Steve Vai and drummer Greg Bissonette — that did the album Eat ‘Em And Smile. Sheehan had previously stated in an interview that Vai, Bissonette and himself were ready to go and waiting on Roth to make the decision whether to reunite or not. 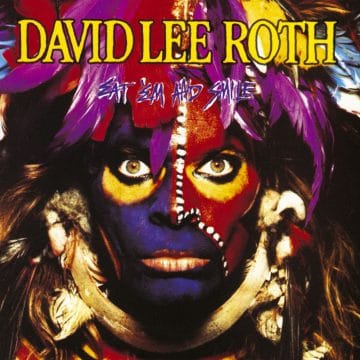 In terms of whether he had heard anything from Roth, Sheehan stated: “Haven’t heard, I’m ready if he decides to do it. I’m willing to go, I would love to play with him in any capacity, so it’s really up to him, it’s his thing, it’s his decision, and I respect him for that. I would be forever grateful to date for having him bring me to LA, start a band with me, Eat ‘em Smile. He’s still my hero and playing with him in that is like getting my Ph.D. in showbiz 101, and it was an incredible experience. So I sure hope we do it some day, who knows? I haven’t heard a thing, but I always try to be an optimist.”

Sheehan was also asked how it feels to be called one of the best bassists today to which he replied: “Well, I am of course grateful and appreciative. In my mind, I do view things differently though. I am the one that’s on the inside looking out so I’m always thinking about that mistake or that something I can’t do or slumming that one part of that one song and so I’m always climbing another mountain and not looking back at any moment, but I may have climbed intentionally or inadvertently. I, of course, appreciate it, and there are so many incredible musicians on every instrument, so it’s hard to pick best. It’s like which is better, blue or green? It’s a different color, it’s a different thing, so I understand that, but for someone to make that kind of statement, it being in an email or a comment or to me in person, I, of course, appreciate it, more than I can express and I’m very grateful for that.

And it also inspires me to do better because I want to make sure that if somebody feels that way about me, I keep my game level. Well, you can’t ever keep it level; you’ve always got to be improving it. Because the world moves ahead and if you’re not moving ahead of it then you’re dropping behind. So I’m always working. Yesterday at my rehearsal room with no air conditioner, no window, it was hot and sweaty, but I was playing bass, and I had a riot, and it was great. And today I’ll do similar and work at, work stuff out and come up with new things.

I’ve got a recording session coming up in a few days with some impossible licks on it. See, unfortunately sometimes when people think highly of you, they throw things at you that they’re sure you can do, but they’re impossible. So there’s a baseline in this song by Japanese artists that I just spent the better part of the morning learning the first 5 seconds of it, and so I’ll be hitting it again for a few more hours then I’m going to record it on the 26th. They expect me to walk in, sit down and rip through it and so my reputation precedes me, unfortunately. So I have to work twice as hard on this to make sure and get it right. I know they’ll be videotaping and filming and everything too, so I‘ve got to know my stuff when I walk in there, it’s a tough one. There’s another side to that.”

You can read the rest of the interview with Sheehan at All That Shreds.