The bassist was asked whether he had ever been asked to join Van Halen to which he replied: 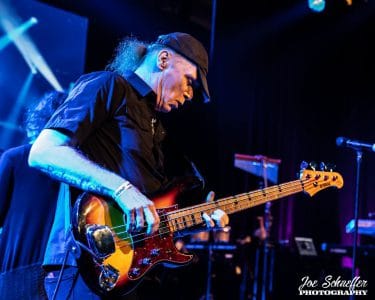 “[I was offered  the position as bassist] three times threw the years and I consider it a great honour. However I am torn because I love Michael Anthony and I think he is the best bass player for Van Halen. And as much as I would have love to do that I want to see Michael in the band. I’m not sure why they asked me to join the band Michael is an awesome player and singer and who knows what the situation was. The first time was the tour of Fair Warning we talked about it then, then I spoke about it with David lee Roth but I mostly spoke about it with Eddie Van Halen in Toronto, Canada and then the second time was 1984 Eddie showed me the stage set up we talked abut it then.  Then the last time was when I got together with Eddie and Alex Van Halen at their house.”

In terms of how he measures success today with Sons of Apollo, Sheehan advised: “We are receiving positive comments from fans, who have attended the shows and who bought the record, to me that is the indicator we look for. We see a sea of smiling faces at the shows and we talk to people after the shows and they are very pleased. So that is the measure in my mind. Bands don’t sell as much as they did in the 70-80-90’s but that’s ok I never have been that money motivated or success motivated. I just want to play my best and I want everyone to enjoy it.”