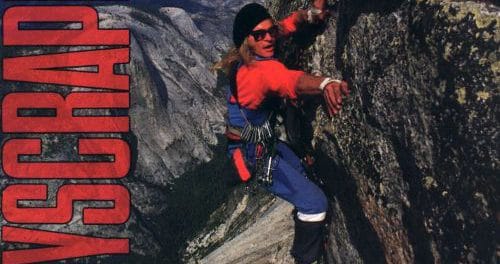 On the 30th year anniversary of the release of David Lee Roth‘s second full-length studio album Skyscraper and despite advising The Metal Voice two days earlier that he and the other original Roth solo band line-up would be up to doing a reunion with the Van Halen frontman, bassist Billy Sheehan is still referring to the Skyscraper album as “guy’s crapper.” Sheehan played on Roth‘s first two solo albums Eat ‘Em And Smile (1986) and Skyscraper (1988) before leaving the band shortly after the release of the second album.

Thank you to Christopher Carroll and the closed Facebook page Your Backstage Pass! for first posting about it and who provided the following commentary: 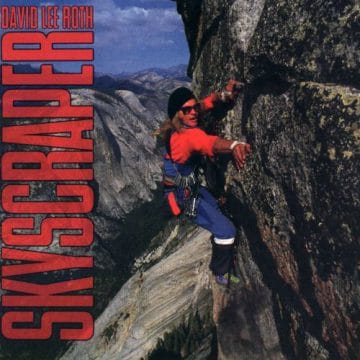 Lol, totally super nice guy but Billy shows his bitterness with regard to this album!

– Keep in mind, Billy, Dave and Steve Vai produced the first DLR record but for this one, Billy was not asked to help produce the record AND I believe he was instructed to tone down his bass playing….. he soon left the band.”

“I always referred to this record as “guy’s crapper”
Sorry–not my thing.

David Lee Roth released his second full length solo album 30 years ago today! Skyscraper hit #6 on the U.S Billboard Top 200 chart, selling over two million copies in the U.S. alone. The album featured one of Roth‘s most popular international hit singles ”Just Like Paradise”, which reached #6 on the U.S Billboard Hot 100. It also featured the accoustic ballad, ”Damn Good”, which reached #1 on the U.S. Billboard rock chart. Although the album & Skyscraper tour were successful, it divided public & critical opinion. Many fans and critics who had felt disappointed by Van Halen‘s post-Roth, keyboard-heavy sound expressed similar dissatisfaction with Skyscraper. Guitarists Steve Vai & Billy Sheehan, who played key roles in the foundation of Roth‘s solo band, left the group over a variety of controversies. \m/”

Sleaze Roxx stated the following in one of its three reviews of Skyscraper: “I am not sure exactly what happened but Roth‘s all-star band on Eat ‘Em And Smile also was no longer. Although bassist Billy Sheehan is credited as playing on Skyscraper, he is nowhere to be found in the band’s videos for “Just Like Paradise” and “Stand Up” which looked more now like the Roth with sidekick Steve Vai show. Listening to Skyscraper in its entirety on the 30th year anniversary of its release and for the first time in more than 20 years confirms in my mind why Sheehan likely left the band. The songs simply aren’t nearly as strong as on Eat ‘Em And Smile and are way more pop oriented and even frankly a little on the dull side. After listening to Skyscraper after all these years, there are only a handful of worthy songs to listen to.”