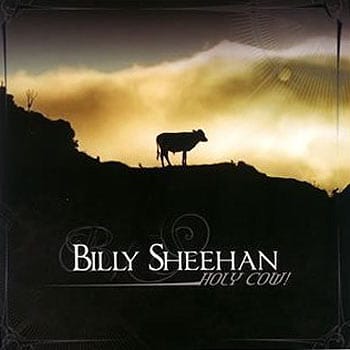 Billy Sheehan’s new release HOLY COW will has three mystery bonus tracks added only for the U.S.A. album version. These three exclusive tracks on the disc cannot be found anywhere else.

Sheehan pulled in top-notch arsenal with guest performances by Billy Gibbons on “A Lit’l Bit’l Do It To Ya Ev’ry Time”, Paul Gilbert (who played with Sheehan in Mr Big) on “Dynamic Exhilarator”, Dug Pinnick (Kings-X) on the song “Turning Point” as well as Ray Luzier on drums and shred master Tony MacAlpine.

Sheehan continues to stretch the boundaries of the bass guitar while showcasing his immense talent as a guitarist (Baritone 12 string and 6 string guitars) and singer. Look for a Billy Sheehan solo tour to promote this album in the very near future.