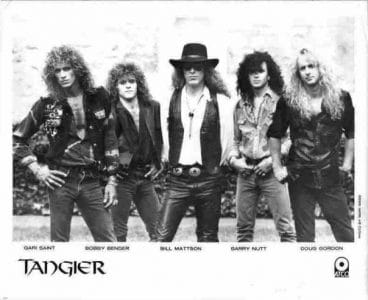 HISTORY:
Tangier released three albums with different line-ups and different musical styles. The debut was straight-up AOR, but their sound gradually evolved until they became a fairly impressive bluesy rock band, sounding a lot like Tyketto at times.

Tangier formed in Philadelphia, Pennsylvania and grew up in the clubs with bands such as Cinderella, who would later help the group out by having Tangier open for them on occasion. The first album comprised of Bill Mattson (vocals), Doug Gordon (guitar), Rocco Mazzella (guitar), Mike Kost (bass) and Mark Hopkins (drums), and is relatively hard to find these days. It wouldn’t be until the follow-up, released some four years later with Gari Saint 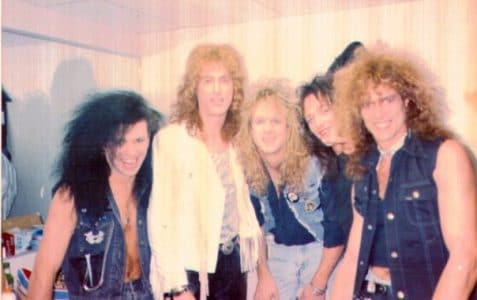 (guitar), Garry Nutt (bass) and Bobby Bender (drums), that the band finally received some recognition and a major label deal. However, Four Winds failed to match the success of their Philly cohorts, and Tangier was forced to go back to the drawing board once again.

Separating with both Mattson and Saint, the band brought in lead vocalist / guitarist Mike LeCompt in an attempt to start fresh. LeCompt‘s gruff soulful vocals brought a heavier edge to the band, but by this time few people noticed. The band separated shortly after, unable to reach the heights of their hometown peers. LeCompt currently fronts his own band called LeCompt that has at one time included Britny Fox drummer Johnny Dee. Nutt resurfaced in a similar band called Laidlaw.

In 2013, Rock Candy Records reissued Tangier‘s sophomore album Four Winds without any bonus tracks. In April 2017, Tangier announced via their Facebook account that new material was being written and in early 2019, it was revealed that Mattson and Gordon were the ones writing the new material. 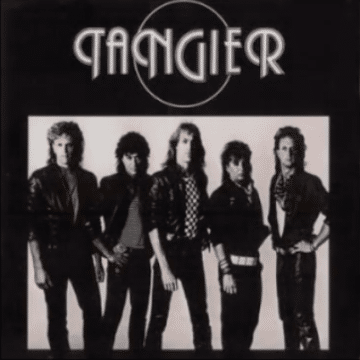 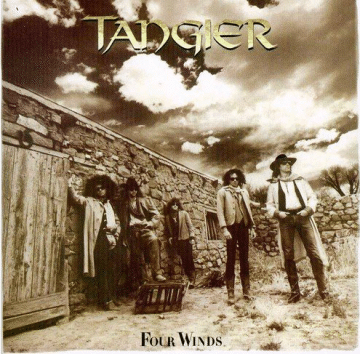 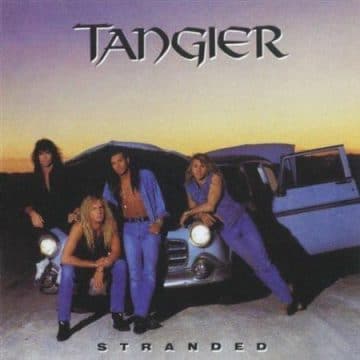 Tangier‘s “On The Line” video (from Four Winds album):

Tangier On The Line

Tangier is a popular Philadelphia-based American rock band active in the late 1980s and early 90s. The band released three albums with a few line-up changes …