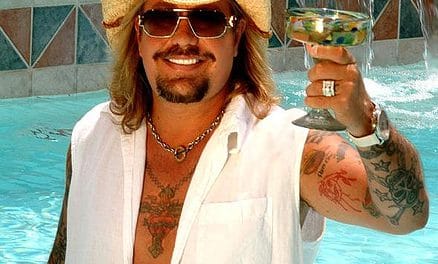 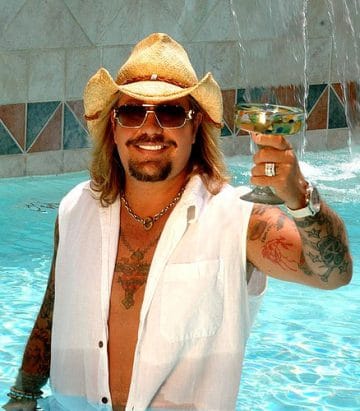 HISTORY:
Vince Neil was born in Hollywood, California, USA on February 8, 1961. He’s best known for being the lead singer for the notorious Mötley Crüe. Upon being booted from Mötley Crüe (Crüe bassist Nikki Sixx insists that Neil left on his own), Neil embarked on a solo career. His post-Mötley days have been commercially inconsistent and his private life a whirlwind of sex, drugs and rock ‘n’ roll.

A few short weeks from his firing in 1992, Neil stumbled upon the Damn Yankees duo of Jack Blades and Tommy Shaw, and wrote a hit single titled “You’re Invited (But Your Friend Can’t Come).” The single was featured on the Encino Man soundtrack and was a regular appearance on MTV. Building on the single’s momentum, a debut album was recorded with Steven Stevens (ex-Billy Idol guitarist), Dave Marshall (guitar), Robbie Crane (bass) and Vik Foxx (ex-Enuff Z’Nuff drummer). Exposed debuted at #13 on the Billboard charts thanks in part to sexy videos featuring Pamela Anderson, Janine and a handful of Playboy Playmates.

Tragedy struck on August 15, 1995 when Neil‘s four year old daughter Skylar died due to kidney cancer. Carved In Stone was released shortly after with new guitarists, Brent Woods (of Wildside) and Marti Frederiksen (of Outlaw Blood). The 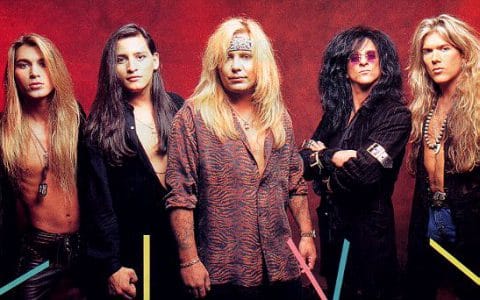 release saw Neil update his sound and move away from his trademark sleaze anthems, resulting in what was a commercial failure. During the supporting tour, Neil began telling audiences that he would soon return to Mötley Crüe. His predictions were true and he returned to his old bandmates in early 1997.

After two new Mötley Crüe studio albums, Generation Swine (1997) and New Tattoo (2000), and following the death of drummer Randy Castillo in 2002, Mötley Crüe went on hiatus. Neil released a live album in 2003 entitled Live At The Whisky: One Night Only consisting mainly of Mötley Crüe songs. Despite the Crüe reforming with Tommy Lee in 2005, Neil has continued to tour as a solo act with varying line-ups. He has also appeared in an amateur porn movie with Janine; raced sport cars; done some jail time in 2011; and, starred in reality TV shows including The Surreal Life (2002), ABC‘s Skating With The Stars (2010) and NBC‘s The New Celebrity Apprentice (2017). 2010 saw Neil release an album of mostly covers entitled Tattoos & Tequila that featured long-time Slaughter members Jeff Blando (guitar) and Dana Strum (bass) and soon to be Slaughter drummer Zoltan Chaney to promote his autobiography of the same name. Neil continues to tour with the Slaughter band members (minus frontman Mark Slaughter) as his back up band.

Love him or hate him, few have lived the rock ‘n’ roll lifestyle to the max like Vince Neil. 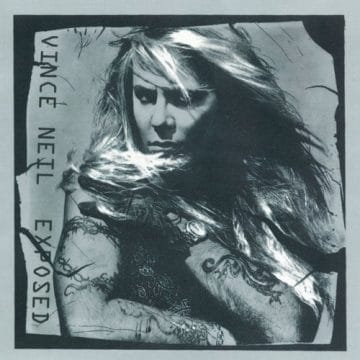 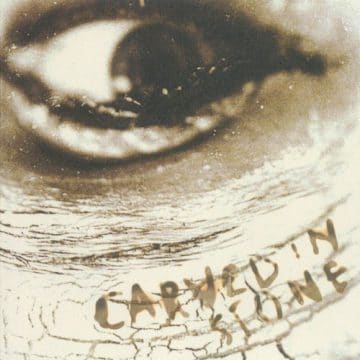 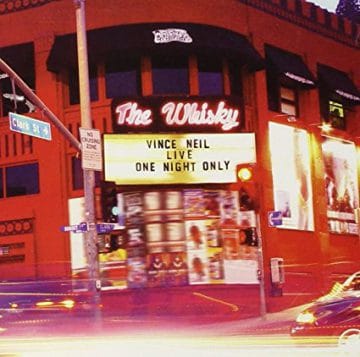 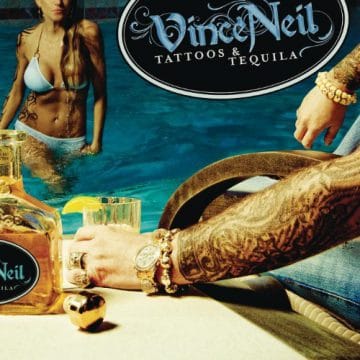 Vince Neil – You’ re Invited (But Your Friend Can’ t Come )

Vince Neil – Can’t Have Your Cake

This is a video for Vince’s Skylar’s Song, a song he did for his daughter Skylar who passed away from cancer.